The Disturbing Truth About Mercy Multiplied, a Christian Counseling Center

That sounds great, and you can see why it’s a multi-million dollar organization. However, their on-the-fly approach that substitutes God for effective treatment has arguably done more harm than good. This is a place, after all, that promotes faith-healing and hires staffers who don’t necessarily have any formal clinical training. 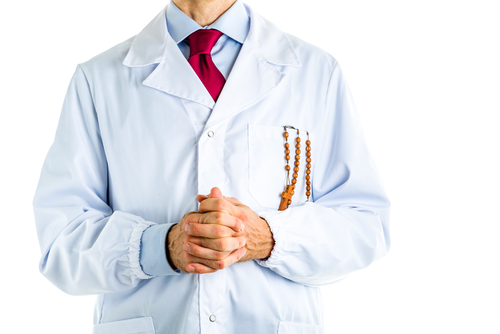 Here’s just one example of a patient who was negatively affected by the group’s “care”:

Over her seven months at Mercy, Hayley says staff often denied her requests for Xanax, instead emphasizing prayer as a better way to treat the panic attacks. She also says she was punished with extra reading and chores for infractions as minor as sharing her CD player. When her brother died unexpectedly a month into her stay, Mercy didn’t bring in the certified grief counselor that her parents had requested, she says. According to Hayley, Mercy staff unswervingly held her and others to a one-size-fits-all counseling curriculum. Six years after leaving Mercy, Hayley continues to wrestle with mental illness.

In a larger sense, Mercy illustrates what happens when a hard-line, religiously oriented organization inserts itself into a gaping hole in the United States’ mental heath system. Because organizations like Mercy are barely subject to government oversight, it’s likely not an anomaly.

What’s striking as you read the story is the amount of deception on the part of Mercy to trick potential patients into believing they know what they’re doing. They use the Bible as cover for their ignorance — and it’s the patients who suffer.

And they get away with it, because some people are so blinded by their faith that they’ll support anyone who claims to work in the name of Jesus.