William Tapley, a.k.a. the Third Eagle of the Apocalypse, wants you to know that Prince‘s death verifies biblical prophecy.

Why? Because, as a letter writer explains, he was the Prince (of peace!), referenced purple rain in his music, and talked about partying like it’s 1999. 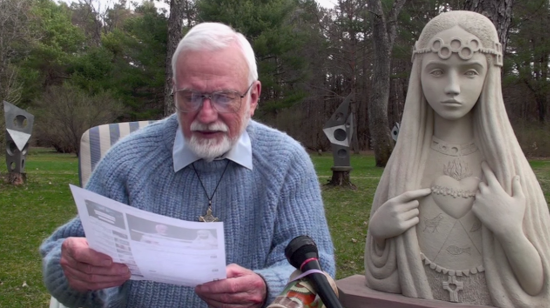 Tapley points out the date of Prince’s death is also very significant. For some reason. Makes perfect sense, right? Of course it does. The self-proclaimed Third Eagle of the Apocalypse said so, dammit, and who are you to question him?

Tapley, you might recall, wrote a memorable campaign song for Mitt Romney in 2012 and made a video years ago describing the “Phallic symbols at Denver International Airport.” If that doesn’t make you take him seriously, nothing will.

April 25, 2016
When Christians Question Your Atheism, Here Are Some Excellent Responses for Them
Next Post