In his latest column, Tony Messenger of the St. Louis Post-Dispatch writes about an acquaintance who just lost his job teaching at a Catholic high school. 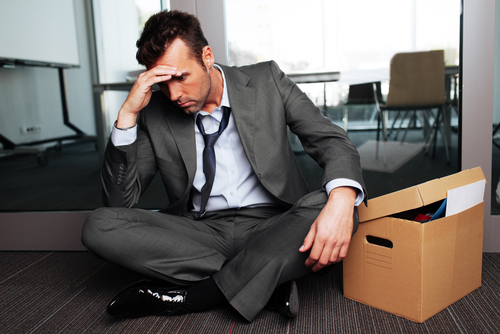 That person did what many in his position would do: He filed for unemployment benefits. But he was shocked to learn that the Church, given the option of participating in the government program, chose not to. Which means he’s out of luck.

For the Archdiocese of St. Louis, it’s a simple matter of dollars and cents, says Kevin Loos, managing director of human resources.

Loos says he sympathizes with the laid off employee’s situation, but he points out that the handbook all employees receive explains that the church doesn’t pay into the unemployment insurance system.

“We specifically tell people that’s the case,” Loos says. “It’s not something anybody should be surprised about.”

On one level, I agree. This is the job the man signed up for; it’s his fault for not reading the fine print. It’s like a gay teacher at a Catholic school who gets married and promptly fired, and then looks for sympathy. Buddy, you chose to work at a bigoted institution. You should’ve known better.

On the other hand, unemployment isn’t some moral issue that the Church just happens to be on the wrong side of. Some Catholic churches pay into the system. Why doesn’t the Archdiocese of St. Louis?

Loos said then, and repeated this week, that the decision balances out the need to provide other benefits and be good stewards of donors’ funds.

Loos said the St. Louis Archdiocese has had the discussion every few years, but the decision is always to spend the church’s resources elsewhere.

Loos says a former archbishop taught him to think about the little old lady in the pew on Sunday putting her money in the basket as it passes by. How would she like her money invested?

So it’s just about prioritizing donations. Taking care of the workers who make the Catholic Church tick? That’s low on the list.

Has anyone asked the little old ladies how they’d like their donations used? Because if it came down to helping people in their time of need, I’m guessing they might very well choose providing a safety net for good, decent workers over, say, a new building.

So what is the Archdiocese of St. Louis spending its money on?

The St. Louis archdiocese has spent more than $10 million on costs related to sexual abuse since 2004, according to its 2013 annual report.

Church leaders can’t help the righteous folks they just fired, because the ones they kept in the fold were too busy molesting kids.

(Image via Shutterstock. Thanks to Marcus for the link)

April 26, 2016
Pastor Is Aghast Over Transgender "Perverts"; Forgets He Himself Exposed Kids to an Actual Child Molester
Next Post