Two-Year-Old Girl Has Eyesight Restored in Surgery; Guess Who Gets the Credit? April 25, 2016 Terry Firma
Patheos Friendly Atheist. ... Want more from the Friendly Atheist? Get our FREE Newsletters and special offers!

Two-Year-Old Girl Has Eyesight Restored in Surgery; Guess Who Gets the Credit?

Nicolly Pereira, a toddler from Brazil, can see now. But thanks to whom?

The two-year-old was born with pediatric glaucoma and couldn’t even distinguish dark from light. After seven surgeries in her hometown were unsuccessful, Nicolly’s plight filtered out onto Facebook, prompting a few kind people to raise enough money for an operation at the Bascom Palmer Eye Institute in Miami.

You can imagine the joy felt by all involved, and the happy tears shed by many, including Nicolly’s mother, when the little girl began recognizing shapes and faces. 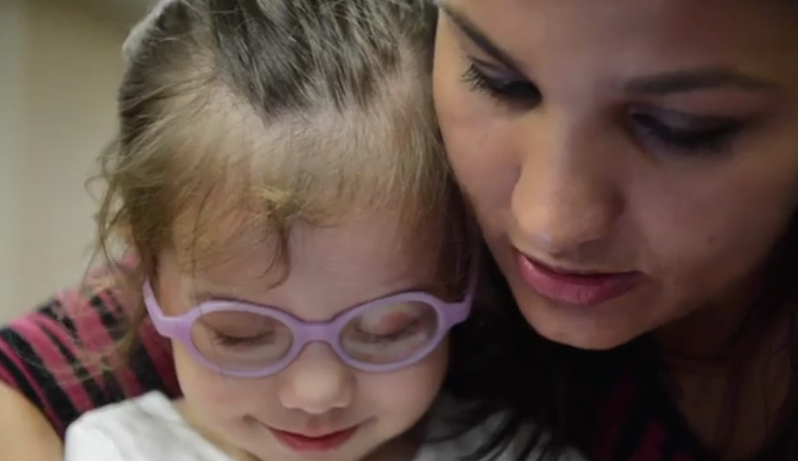 Oh, and that’s just half the good news.

For months, [mother] Daiana Pereira believed her lively child was also deaf and developmentally disabled since she didn’t talk or walk. But after arriving in the U.S., Nicolly was examined by University of Miami doctors, who discovered she had water buildup in her inner ears. The doctors donated their time and performed surgery to drain the water, which took about 30 minutes. Both procedures were done on the same day. Nicolly can now hear, see, sing and stand on her own.

Fantastic! Medical science for the win!

But you know what comes next.

“The only word that can be used to describe the feeling is ‘God,’” Pereira, 26, said Saturday at Miami’s Bascom Palmer Eye Institute. “My daughter is free now. She now shines more than before. She has now become a reference for people who didn’t believe in miracles.”

Not a word from Pereira about the accomplishments of the medical teams. ‘Cause God did it.

I don’t want to come down too hard on the mom. She was understandably emotional. She was talking through an interpreter. Maybe she did at least give co-credit to the doctors and nurses, and the Miami Herald neglected to print it.

And through it all, none of the Christians who praise God for their cure ever seem to ask themselves a simple question: Why did their all-powerful and benevolent Lord strike them with blindness or cancer in the first place? If an arsonist sets fire to a house and then decides to put out the flames, should the owners of the scorched dwelling fall over themselves to thank the firebug?

God healeth and the physician hath the thanks.

But all too often, it is exactly the other way around. Not that Christians who believe in medical miracles will allow the inversion.

I guess there are some forms of blindness that even the best surgeons cannot heal.

(Screenshot via the Miami Herald)