Xulhaz Mannan, the editor of Bangladesh’s first ever LGBT magazine Roopbaan was murdered this morning, presumably by Islamic radicals, along with his friend Tanay Mojumdar. 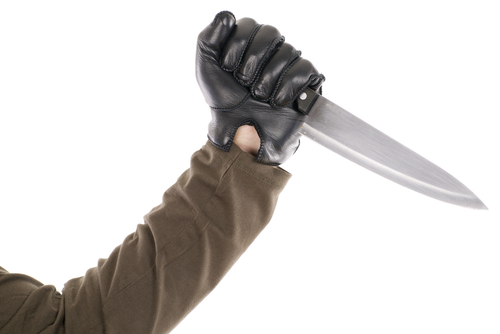 Parvez, 18, security guard of the house, told the Dhaka Tribune that five to six youths identifying themselves as courier company officials came to the house around 5pm mentioning that they have brought some parcel for Xulhaz.

He said: “But half an hour later, I heard shouting and shooting sound from the flat and went to look into the incident.”

“The assailants then attacked me with knives,” said Parvez with heavy wounds on his eye.

He is now undergoing treatment at Dhaka Medical College Hospital.

According to eyewitness, the killers while going out of the house chanting “Naraye Takbir, Allahu Akbar.”

One of the killer had pistol in his hand.

While religion doesn’t play a direct role in the story just yet, we know that LGBT and secular activism are often intertwined — even moreso in countries where fundamentalist religious groups have so much power.

Just a couple of days ago, Professor Rezaul Karim Siddique was killed in much the same way for supposedly “calling to atheism,” though people who knew him well say he didn’t publicize his beliefs and he wasn’t even an atheist.

More on this as the story develops.

April 25, 2016
This is What an Ex-Mormon Had to Deal With Because He Dared to Question Church Doctrine
Next Post

April 25, 2016 Invoking God, Prominent GOP'ers Write Letters for Dennis Hastert, Sexual Abuser of Four Boys
"When I was in my twenties and trying to build somewhat of a bridge with ..."
altosack New Southern Baptist Leader: QAnon is ..."
"good night x"
😂~BABY $MILEY~😂 Conservative Christians Are Furious That Rowlett ..."
"Yeah, I hated that part. Their gawd made it so the Pharoah can’t let them ..."
Matri Everything Wrong With Exodus 7 in ..."
"The short story The Lottery written by Shirley Jackson is an example of a bad ..."
NazzTea Colorado Mayor Nixes Pledge at Local ..."
Browse Our Archives
What Are Your Thoughts?leave a comment