This is What an Ex-Mormon Had to Deal With Because He Dared to Question Church Doctrine April 25, 2016 Hemant Mehta

Last week, I posted about how Jeremy Runnells was on the road to being kicked out of the Mormon Church. The reason? He wrote the infamous CES Letter, a sort-of open letter that questions the foundational beliefs of the Church. So many people had read it and left the Church because of it that leaders wanted to excommunicate Runnells for daring to ask difficult questions.

Before they could officially do that, Runnells announced that he would resign from the Church on his own accord.

And this is where it gets really interesting.

Now that Runnells is out of the Church for good, he has no qualms about posting all the details regarding every Church interaction he’s had over the past two years regarding his letter. That includes a secretly videotaped conversation with Stake President Mark Ivins (which is legal to do in Utah) that took place just before he resigned last week. 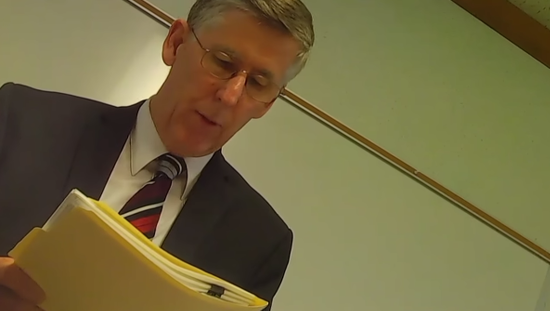 (There’s a transcript of that video right here.)

As Runnells said during his “disciplinary council” meeting, documented in that video,

… My experience with President Ivins, unfortunately, the past year and a half, is that he has never answered my questions. Not a single question.

1. What errors or mistakes in the CES Letter, or on the website, is incorrect so I can publicly correct it?

2. If there are no errors or mistakes, why am I being punished for seeking and sharing the truth?

3. What question am I being punished for?

And you have not answered a single one of them.

It is absolutely unbelievable that someone challenged Church doctrine — and instead of answering his questions, Church leaders tried to suppress him from asking them.

That’s what cults do.

When religious leaders are so afraid of your questions that they tell you to stop asking them, the problem is the religion, not your curiosity.

Even if you’re not not familiar with the Mormon Church, I urge you to read Runnells’ story, from top to bottom.

And then ask any Mormon you know to defend the Church’s actions. Because they’re indefensible.

(Thanks to Abram for the link. Portions of this article were published earlier)

April 25, 2016
I Knew Religion Was Full of Hot Air, But I Wasn't Expecting This
Next Post