Pat Boone Doubles Down, Says TV Blasphemers Should Be Fined By the State April 25, 2016 Terry Firma

Pat Boone Doubles Down, Says TV Blasphemers Should Be Fined By the State

For a crooner who has often been described as “all-American,” Pat Boone sure dislikes one cornerstone of American public life: the First Amendment.

In the wake of his dire warnings that the recent SNL skit “God Is a Boob Man” will lead to the eternal punishment of everyone involved, Boone now also wants to see SNL and broadcaster NBC punished in the earthly realm. 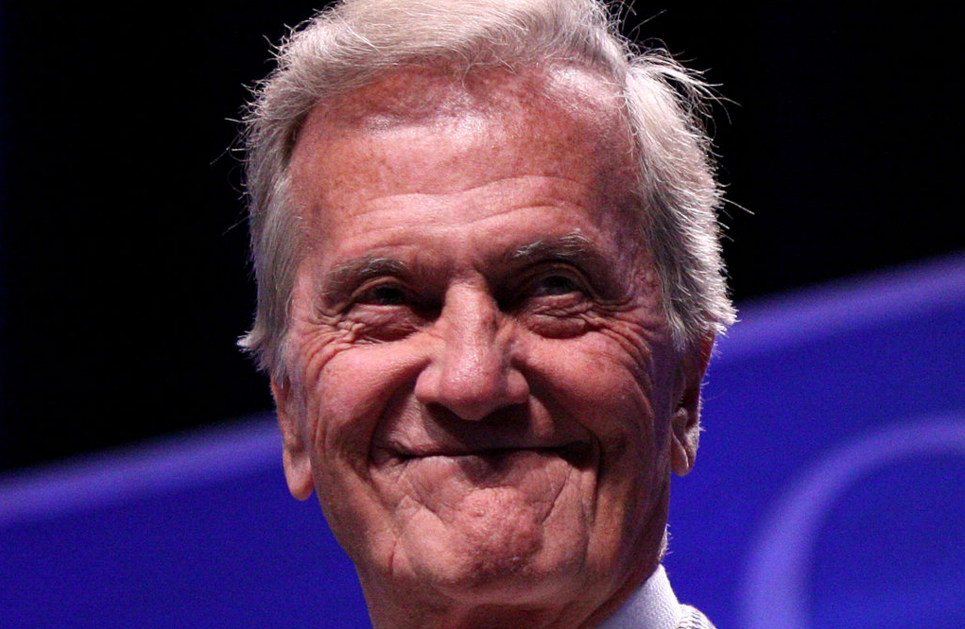 During an interview with Alan Colmes, Boone said he was on solid ground with his proposal:

“I think at least 90 percent of the American public would say, yes, I agree. … The American people should be the arbiters, not a few people in robes.”

Boone believes that humor is fine (The Benny Hill Show? Hee Haw?), but “anyone with a rational mind” will affirm that the government must go after any broadcast host or guest who would

“… call God by some profane name.”

Lucky for us, jails won’t be filling up with atheists anytime soon. Boone just wants the FCC to fine radio and TV performers who use the Lawd’s name in vain.

Of course, Christians of Boone’s ilk are not much different from Islamists who share the exact same feeble, illiberal impulse: they want to punish people for thought crimes.

To end on a happy note: All of these wannabe censors must feel incredibly threatened by criticism and jokes, and I’m elated. It’s like we have buckets of water that we just need to keep on splashing on our Oz-land nemeses, in order to eventually make them shrivel up and disappear.

(Image by Gage Skidmore via Wikipedia)

April 25, 2016
Once Again, the Catholic Church Says a Stained Communion Wafer is a Miracle When It's Probably Mold
Next Post