More than 40 people of prominence have written letters to a judge, requesting mercy for Dennis Hastert, the former Speaker of the House who is awaiting sentencing in a bank fraud and perjury case.

Formally, Hastert is merely facing the music for illegally-structured cash withdrawals, and for lying to federal authorities about what the cash was for. But it’s Hastert’s sexual abuse of at least four boys under his care that has most people a lot more upset. The cash was hush money that Hastert paid to someone who knew his secret. The statute of limitations has run out on the child abuse, so Hastert faces at most six month in jail — for skirting banking regulations, and for his fibs to the FBI.

But even that measly sentence is inhumane, believes Tom DeLay, the former U.S. House Majority Leader, and no stranger to financial shenanigans himself. 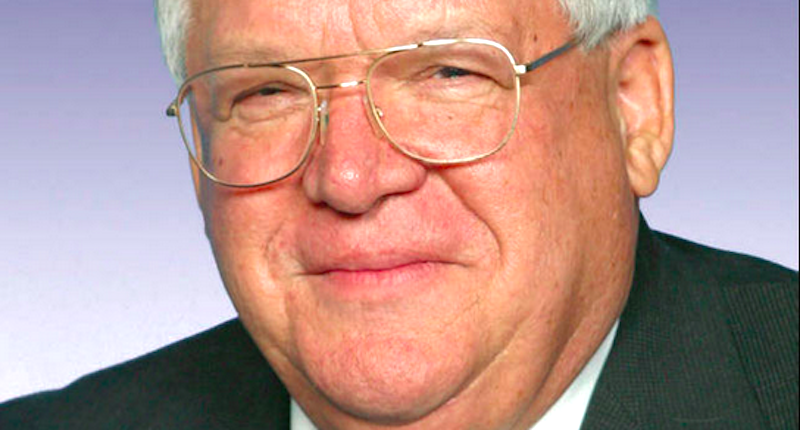 In a letter defending Hastert’s character, DeLay referenced not only Hastert’s ill health, but also his faith, writing

“He is a good man that loves the Lord. He doesn’t deserve what he is going through.”

My friend and fellow Patheos blogger Dan Fincke promptly and rightly mocked their concern on his Facebook page:

What has this country come to, what with its political correctness and insistence on actual liberty and justice for all, instead of only for powerful wealthy white Christian men who may abuse all others with impunity! Make America Great Again! Free Dennis Hastert!

As you will recall, professional Christian scold Mike Huckabee asked the public to look the other way when it turned out that one of the Kardashians of Christ — Josh Duggar — is a child molester. Now, Tom DeLay has asked a judge to do likewise for Dennis Hastert.

Tom and Mike have just announced that they are forming a new lobbying group to be called “Politicians Exonerating Deviants Of Sin” (D/B/A “PEDOS”). PEDOS will help stanch the persecution of adults who touch children inappropriately, but only if those adults own Bibles, with the slogan: “Christians are nicer molesters!”

In fairness, we should keep in mind CBS News’ report that most of the letters of support for Hastert were written six to eight weeks ago, “before prosecutors had fully detailed the sexual abuse allegations leveled at Hastert.” That said, credible allegations about the abuse had been swirling since last year. And even if all Hastert had done was violate a banking law, it’s still an act of disturbing hubris for DeLay to say that his friend deserves a milder sentence because of his ostensible religious piety.

Hastert will be sentenced on Wednesday. Regardless of the term the judge imposes, his bigger punishment will be that many of his one-time supporters in Illinois, where the abuse took place several decades ago, have washed their hands of him. Case in point: Wheaton College in Wheaton, Ill., his alma mater, has already removed Hastert’s name from a public-policy center he helped create.