When I think of bluegrass music and banjos, the New Atheists don’t exactly come to mind. But musician Pete Wernick, known as “Dr. Banjo,” just made a video for the Openly Secular campaign in which he talks about how he stopped believing in an “invisible father figure” when he was a teenager: 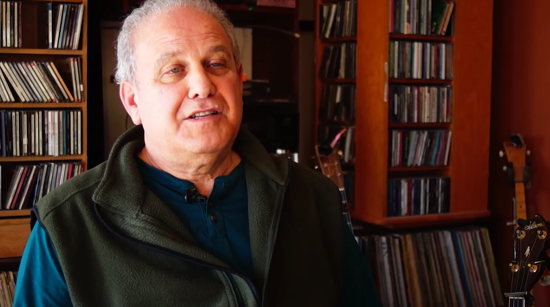 Wernick was one of the survivors of a terrible plane crash in 1989 which killed 111 people. When others ascribed his survival to the intervention of God, he said “That didn’t wash very well for me,” when so many children and other innocent people did not get the benefit of God’s help. “It was very hard to talk about that,” he says.

“We are actually a large and growing group,” Wernick says of secular Americans, “but we are so often silent for fear of unsettling other people.” Wernick knows from personal experience how hard it can be to “come out” as nonreligious, but advises, “Whatever risk is involved, sharing something that’s true about yourself is at least an honest act that can bring you closer to others.”

April 23, 2016
The Perils of Being a Black Atheist, In the Words of Several Activists
Next Post

April 24, 2016 Islamic State Takes Credit for Murder of Bangladeshi Professor, Saying He Was "Calling to Atheism"
Browse Our Archives
What Are Your Thoughts?leave a comment