Yesterday’s post about Christian cover artist TheParodyQueen (TPQ) elicited a lot of discussion about whether her brand of “satire” (I use the scare quotes advisedly) could pass legal muster. So I asked a friend of mine, attorney Marc Randazza, for comment. Marc specializes in intellectual-property law and the First Amendment, and writes a column on free-speech issues for CNN. 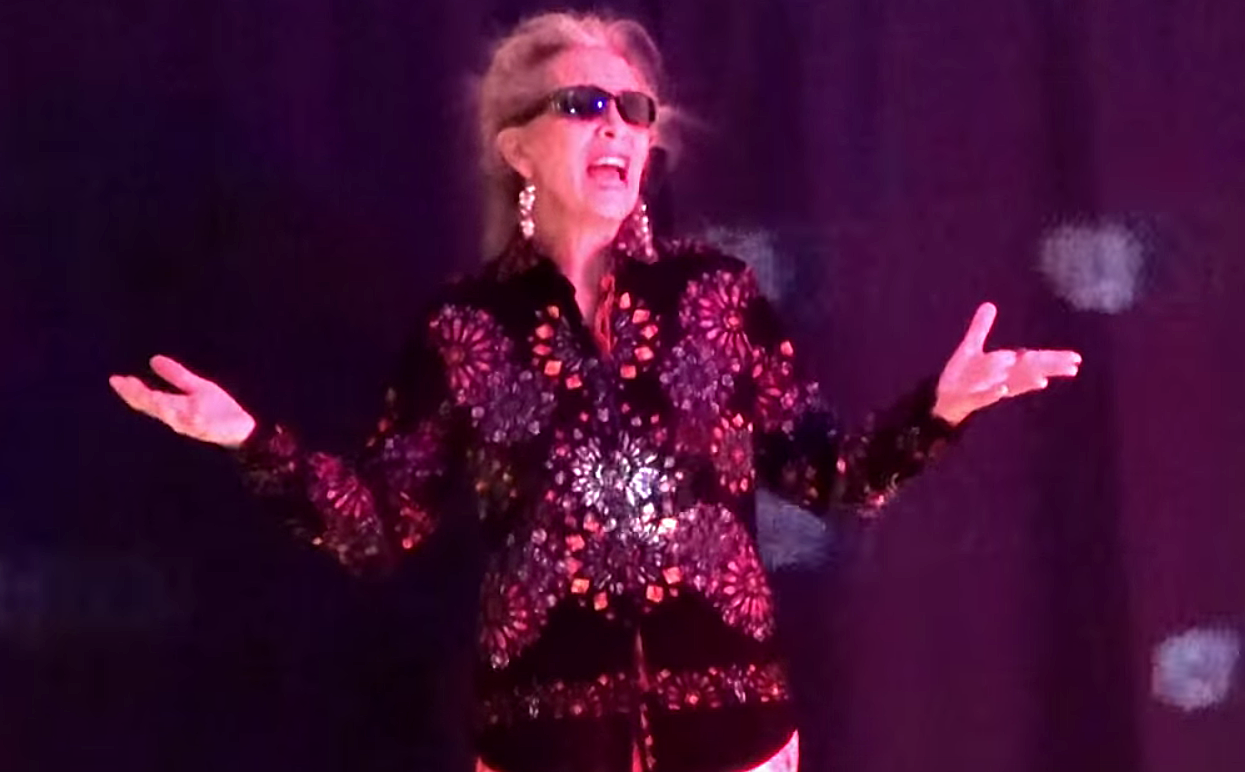 I quizzed him about the legality of covering famous pop and rock songs, note for note, while substituting new lyrics praising God, as TPQ (above) does. Would a court find that the derivative works thus created should be granted a fair-use exemption because they’re ostensibly parodies? Marc told me that as far as he can tell,

… there’s nothing clever or humorous in her videos. She just uses someone else’s work as a jumping-off point for a pro-Christian message.

And that’s actually a legal problem — or at least, it could be if the original rights holders were to get their lawyers involved. In an e-mail, Marc wrote:

These “parodies” are aggressively unfunny. Presumably, the only reason she calls them parodies is to give the impression that her copyright infringement is protected under the doctrine of fair use.

Fair use is the doctrine that allows people to use portions of someone else’s copyrighted work for various limited purposes. It is a notoriously unpredictable doctrine that requires a court to consider and weigh four different factors. “Parody” is one of the most favored kinds of uses in a fair-use analysis, but it’s still not a get-out-of-jail-free card. For something to be a parody, it must “use… some of the elements of a prior author’s composition to create a new one that, at least in part, comments on that author’s work.” Campbell v. Acuff-Rose Music, Inc., 510 U.S. 569, 580 (1994). Something is not a parody when someone just uses another’s work “to get attention or to avoid the drudgery in working up something fresh.” Id. The band 2 Live Crew in Campbell managed to prevail on a fair use argument because their song Pretty Woman was making fun of Roy Orbison’s Oh, Pretty Woman by implying that casual sex with street-walkers wasn’t all that glamorous. Id.

An example of a failed parody argument can be found in the tale of The Cat NOT in the Hat! A Parody by Dr. Juice, which is a “poetic account of the O.J. Simpson double murder trial.” Dr. Seuss Enters., L.P. v. Penguin Books USA, Inc., 109 F.3d 1394, 1396 (9th Cir. 1997). Despite using the distinctive Seussian rhyming scheme and depicting O.J. in the titular hat, the Ninth Circuit did not find the book to be a parody because it didn’t actually criticize The Cat in the Hat in any way. The source material was merely a way for the author to get attention, and had nothing to do with the message of the book.

In very much the same way, what TheParodyQueen is doing is not parody. She [merely] changes around a few lyrics of famous songs to praise God and Jesus… There is no commentary on the songs she’s covering, or their artists.

I wouldn’t want to guess what the financial consequences for Ms. TPQ could be. Given her belief that God will provide, the thought of getting sued shouldn’t scare her, I guess.

P.S. I couldn’t bear to sit through this motley collection of Christian “parody” videos, but I played each for 15-30 seconds, just to get the flavor. It seems to me that most of these small-c creators, if not all, run afoul of copyright law in the same way that the unsuccessful defendant in the Cat in the Hat case did. I could be missing something, so take a look and let me know what you think.

Who knew that Christians were such lawbreakers?