Is it better to let drug users who overdose on heroin die, than to give them a life-saving drug?

Maine’s Governor Paul LePage says yes. He just vetoed a bill that had been unanimously OK’d by the state legislature. The bill would have given pharmacists the green light to dispense the opioid antagonist naloxone without a prescription. 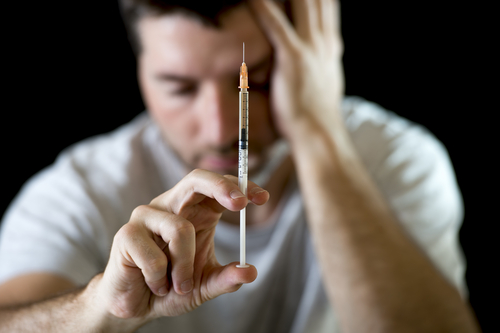 Naloxone, also known as Narcan, can stop someone who’s taken an heroin overdose from dying. About 30 other states already have precisely such a provision in place.

[M]aking naloxone more easily available is a commonsense harm reduction measure that can save the lives of heroin users who are not ready to stop using the drug. As far as LePage is concerned, that is precisely the problem.

Here’s how the governor explains it:

Naloxone does not truly save lives; it merely extends them until the next overdose. Creating a situation where an addict has a heroin needle in one hand and a shot of naloxone in the other produces a sense of normalcy and security around heroin use that serves only to perpetuate the cycle of addiction.

Sullum marvels at the brutal callousness of the claim:

In other words, if the aim is discouraging heroin use, making the habit less deadly is counterproductive. More generally, prohibitionists want drugs to be as dangerous as possible, the better to deter consumption. Although LePage states that appalling argument more explicitly than most drug warriors do, it is fundamental to the way prohibition works.

… makes heroin needlessly dangerous by encouraging injection (the most efficient method to consume an artificially expensive drug), making clean needles hard to come by and risky to possess (by treating them as illegal drug paraphernalia), creating a black market in which purity and potency are unpredictable, and discouraging honest advice about how to minimize the drug’s hazards.

Although such harm-amplifying effects are usually described as unintended consequences of prohibition, LePage’s attitude toward naloxone shows that from his perspective they are desirable.

Oh, and keep in mind that LePage is a Catholic. He might tell himself that his Lord is merciful, and (being a “pro-lifer“) that all life is precious. But the Almighty’s ostensible mercy has clearly failed to rub off on him; and it seems LePage is another one of those Christians who praise the sanctity of life out of one corner of their mouth while using the other to condemn sick and vulnerable people to an early grave.

April 22, 2016 Brave Student Who Fought Back Against Pro-Abstinence Speaker in High School is Now a Truman Scholar
Browse Our Archives
What Are Your Thoughts?leave a comment