A couple of days ago, I posted about one of the most egregious violations of church/state separation you’ll ever see in a public school district.

It involved the Hillsborough County Public Schools in Florida. That’s where David Gaskill, a Christian chaplain and representative from the Fellowship of Christian Athletes — and, more importantly, someone who wasn’t employed by the District and never underwent a background check — was basically given free rein to roam around schools as he pleased. He went to sports practices, he walked around the parking lots looking for kids to convert, he spent time in the dugout during baseball games, etc. He’d been doing this for a while and no administrator ever thought to stop him. 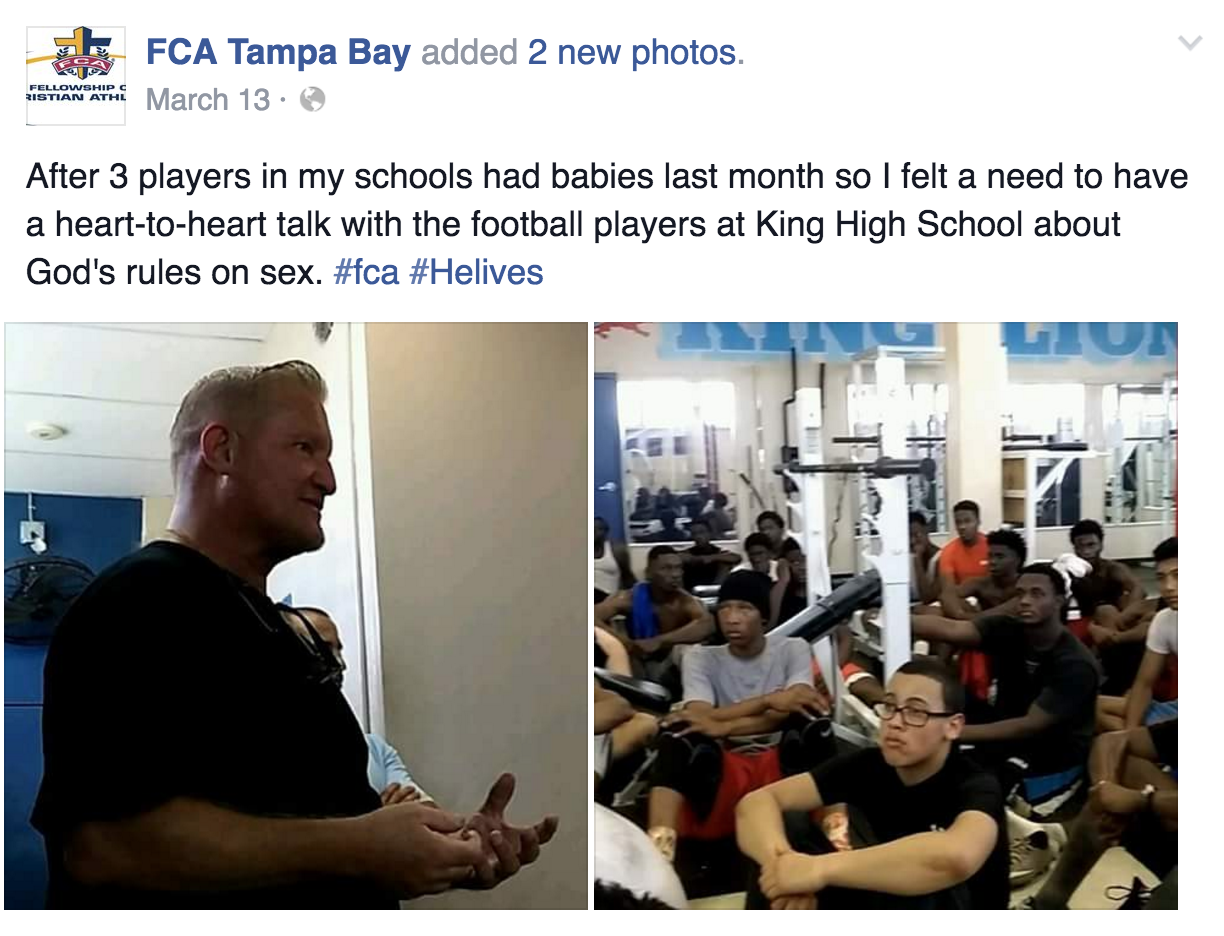 The Freedom From Religion Foundation sent a letter to the school this week documenting dozens of things Gaskill did wrong, any one of which could be a problem. Taken together, it was a lawsuit waiting to happen.

Hell, forget the lawsuit. It was absolutely irresponsible for the District to allow this man this sort of access to kids. How little did they care about the students’ privacy, safety, and religious rights?

The letter seems to have done the trick.

Yesterday afternoon, the District’s automated phone system called all parents to let them know Gaskill had been permanently banned from their schools. Not necessarily for his proselytizing, I should point out, but because he has a criminal record (which he openly talked about in sermons) and didn’t go through the District’s background check procedures.

The District also noted that all sports coaches would also have to take special training classes next week regarding District policies on these matters.

“In our investigation we determined this individual and possibly other FCA members did not go through the proper screening process we have, and what he was doing on campuses, as far as advocating his religious views, is a violation of our policy and, we believe, a violation of law,” Arja said.

“Students can still have their FCA meetings and can still assemble on campus as long as it’s student-led.”

Good riddance. Though Gaskill doesn’t seem to be taking the news well.

On the day FFRF sent the letter, he posted this on Twitter: 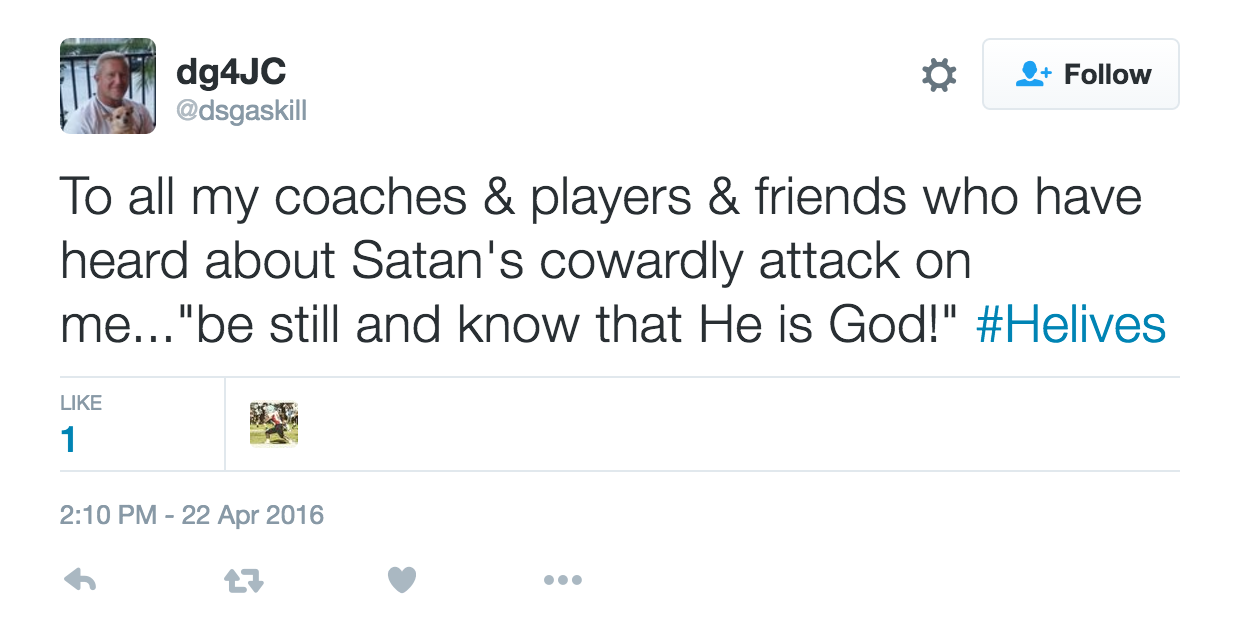 Congratulations, FFRF staff. I know people say you’re associated with Satan, but I didn’t know you were the actual Devil. You’re moving up in the world! Or down, I guess.

In any case, the District’s decision here means they get to avoid a lawsuit and the students get to avoid a man who spent a decade in jail, bypassed a background check, and acted like a religious predator looking for kids to convert.

Everybody wins. Except for Gaskill. And no one should feel bad about that.

April 22, 2016
Brave Student Who Fought Back Against Pro-Abstinence Speaker in High School is Now a Truman Scholar
Next Post