Why is the Catholic Church Sexual Abuse Scandal Still a Story After All These Years? April 21, 2016 Hemant Mehta

Why is the Catholic Church Sexual Abuse Scandal Still a Story After All These Years?

Laurie Goodstein, the national religion correspondent for The New York Times, wrote a powerful essay about why the Catholic Church sexual abuse scandal is still a story decades after it first broke. Yes, reporters keep uncovering new horrifying details, but why are people still so fascinated by this topic? 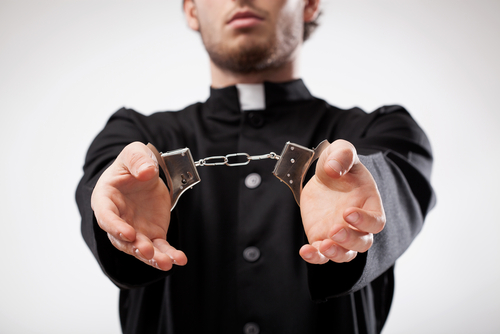 The answer lies with the victims. Many, like [State Representative Mark] Rozzi, are resilient and accomplished. (He is a businessman, a husband and a father, as well as a legislator.) Some are basket cases, unable to hold down a job or romantic relationship. But no matter where they are on this spectrum, the abuse they suffered is often so searing that it is the formative experience of their lives. Even if they have supportive family and friends, a financial cushion and plenty of time in therapy — all big “ifs” — they never entirely leave it behind.

The story of Rozzi is compelling enough, but the Goodstein also references the idea that, at least on paper, the criminals are the people you’d least expect to be committing these crimes. It sounds weird to write that because we no longer raise an eyebrow when “priest” and “pedophile” are in the same sentence, but the fact that we don’t is exactly the point.

Priests are supposed to be trustworthy, moral, and always looking out for your best interests. To learn that so many of them committed the crimes that they did is still profoundly disturbing — and that’s why these stories won’t, and shouldn’t, stop.