While We Mourn Prince, Let’s Not Forget His Severe Christianity… Or His Door-to-Door Proselytizing April 21, 2016 Terry Firma

While We Mourn Prince, Let’s Not Forget His Severe Christianity… Or His Door-to-Door Proselytizing

[UPDATE: Oh for fuck’s sake. Can current and former Jehovah’s Witnesses now please stop jamming our e-mail inboxes with jeremiads about how they don’t really believe in heaven, and that therefore the first line in the article is factually wrong? They must have missed the second link in this story, right on the word ‘heaven,’ which leads to a detailed explanation of the Witnesses’ daft doctrine. But I’ll save everyone the click, and state again that, right, Jehovah’s Witnesses believe that only 144,000 chosen ones will go to heaven to be with God. The rest will have a fabulous time in paradise (not heaven) forever. Of course, the majority of JWs probably believe that they’re special snowflakes; but in my estimation, Prince has a bigger claim on that than most, and is, I hope, more likely to have received one of those precious Willy Wonka golden tickets. — TF]

Prince Rogers Nelson — that’s just Prince to you and me and millions of other music fans — escaped these earthly bounds today, and, according to his beliefs as a longtime Jehovah’s Witness, drifted up to heaven to be with his Creator forever and ever.

I loved Prince, at least up to and including the brilliant double album Sign o’ the Times, whose title track is as dark and searing an account of natural and man-made disaster, and temptation, and human frailty, as any certified genius could possibly cram into five minutes. Even the overtly Christian “The Cross,” from that same album, was a strong musical statement, although I never could get on board with the devout lyrics. 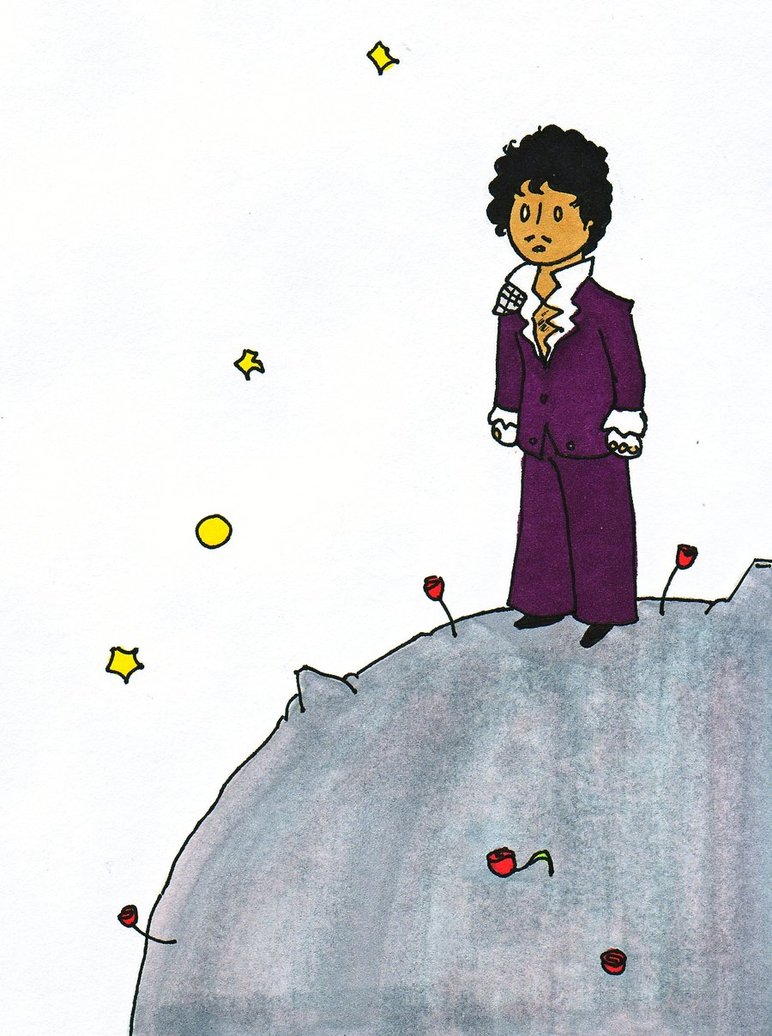 That meant he sometimes went door to door to convert people. Really.

A newspaper in his hometown reported how a married couple had answered their door to find Prince proffering a copy of the Watchtower. Though they were orthodox Jews, and it was Yom Kippur, they were also Prince fans. They welcomed him into the house.

That wasn’t some temporary religious fling. Seven years ago, in an interview with Tavis Smiley, Prince relayed how he couldn’t and wouldn’t vote:

“The reason why is that I’m one of the Jehovah’s Witnesses. And we’ve never voted. That’s not to say I don’t think… President Obama is a very smart individual and he seems like he means well. Prophecy is what we all have to go by now.”

Later in that exchange, Prince made the case for why Christianity is in bad shape in the U.S.: it’s because expressions of genuine Christian witnessing are being drowned out thanks to a secular culture that wants to keep church and state separate. In London, where he’d just played 21 sold-out concerts, he saw how things could be different:

I would watch television over there, and you’d see the United Nations feed, the direct feed from the United Nations, and you’d hear them talk a lot about religion. You’d hear the Bible mentioned constantly. This is not what we’re used to in the United States. It’s almost as if there is no need for God, and no need for religion, and justice, in politics. So… there’s supposed to be a separation of church and state over here. We can’t have a separation of state and morality though.

In another interview with Smiley, he seemed even less in touch with reality, going off not on a religious tangent, but on one about chemtrails:

When I was a kid I used to see these trails in the sky, all the time. And I thought, oh, that’s cool — a jet just went over. And then you started to see a whole bunch of ’em. And the next thing you know, everybody in your neighborhood was fighting an argument and you didn’t know why.

The Washington Post article says that Prince’s religiosity, long a major influence in his work,

… became even more apparent after he turned to Jesus in 2001. “I don’t see it really as a conversion,” he said. “More, you know, it’s a realization. It’s like Morpheus and Neo in ‘The Matrix’.”

That’s very much his business, of course. No harm, no foul. But there was also Bible-based ugliness along the way, like the time Prince told the world that he opposes gay marriage, and that God has a way to deal with gay people.

In a New Yorker profile in 2008, he slighted Republicans and Democrats — “neither of them is getting it right,” he said — but singled out same-sex marriage as part of the Democrats’ notion that “‘You can do whatever you want.” “God came to earth and saw people sticking it wherever and doing it with whatever, and he just cleared it all out,” he told the magazine. “He was, like, ‘Enough’.”

Unidentified handlers later attempted to clarify that the artist had been misquoted. What he actually said was that

… he follows what [the Bible] teaches, referring mainly to the parts about loving everyone and refraining from judgment.

In part because there is, as of this writing, no official cause of death, there’s already been speculation that Prince died because his interpretation of his faith didn’t permit him to get bona fide medical help for a treatable illness. In recent weeks, he had reportedly been battling flu-like symptoms. If more becomes known one way or the other, I’ll update this post.

Meanwhile, he’s sure to be remembered for other things than his religious opinions, and rightly so — to wit, for both his indelible music and for the way he played with (and broke down) stereotypes. Writes Nick Gillespie:

In the wake of the social progress of the past several decades, it’s hard to recapture how threatening the Paisley One once seemed, this gender-bender guy who shredded guitar solos that put Jimi Hendrix or Eric Clapton to shame while prancing around onstage in skivvies and high heels. He was funkier than pre-criminality Rick James and minced around with less shame and self-consciousness than Liberace. Madonna broke sexual taboos by being sluttish, which was no small thing, but as a fey black man who surrounded himself with hotter-than-the-sun lady musicians, [Prince] was simultaneously the embodiment of campy Little Richard and that hoariest of White America boogeymen, the hypersexualized black man.

If these career highlights get you stomping your foot, or move you to dance, or make you play air guitar despite yourself, bust loose. I think Prince would have approved.

(Illustration by Fauna Crawford via DeviantArt)

April 21, 2016
Here's an Excellent Question to Ask People Who Are "Cleansing" or "Detoxing"
Next Post