Christian crooner Pat Boone wasn’t amused when he saw SNL’s glorious send-up of God’s Not Dead 2. The premise of the satirical video is that an evil same-sex couple, aided by their Jewish ACLU lawyer, wants to force a Christian baker to publicly utter the words “God is gay.” Instead, just when she’s almost cowed into submission by the “liberal elites,” she finds her strength, and rousingly declares in a court of law that the Almighty is a “boob man.”

Cue the laughter — and the Christian outrage. 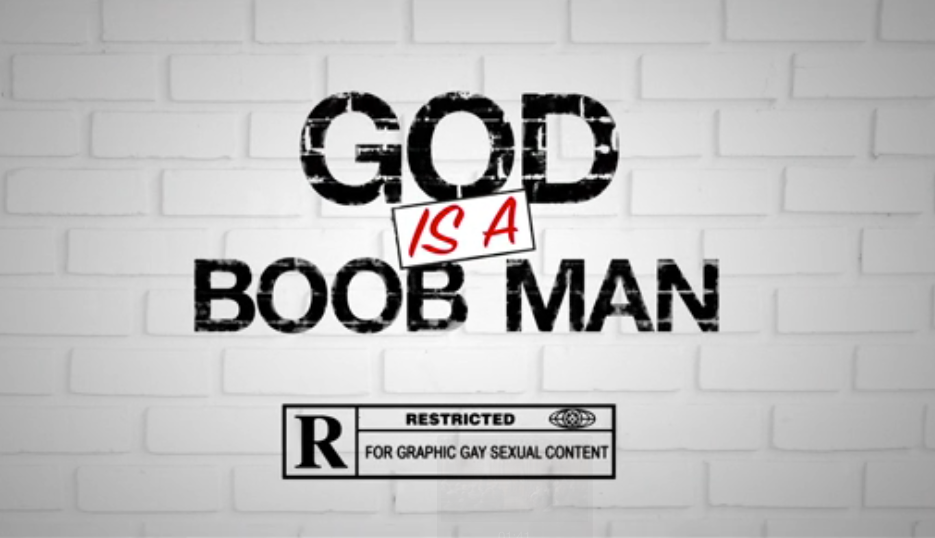 In an interview with WorldNetDaily,

Boone said that the SNL skit is part of a larger “evil” and “violent” agenda to attack America, the Bible and God, and that those behind it will be sent to hell.

“God is not thin-skinned. But he does demand reverence. If you have any brains at all you don’t pitch yourself against someone who created all things, the God of the Bible,” he said. “They don’t have to apologize to Christians [but] when you come against God and the Holy Spirit who are one and the same, you are bringing upon yourself eternal condemnation.”

God “does demand reverence”? Atheists and agnostics have none to give him, so I guess you and I are doomed, too, along with the SNL team. At least we know hell will be irreverently funny.

“The parody is a parody of a movie that doesn’t exist. The movie … has nothing whatsoever to do with homosexuality … there’s not a reference to anyone Jewish. [There’s] nothing whatsoever in the parody that relates to the film itself. It’s made-up … and criticizing us for something we didn’t do.”

He suggested perhaps homosexuals should be offended, since they are “portrayed as more bigoted than the Christians. For them to be portrayed as demanding that God be declared gay is so over the top. I don’t think any responsible member of the homosexual community would want to identify with that.” …

“For those who dissent and disagree and reject God there is a place already prepared — for the devil, his angels and those who side with him.”

Boone has chosen to spend his old age in a bubble of his own making. In recent years, he has blamed Dylann Roof‘s Charleston shooting on President Barack Obama, painted the president’s efforts to close Guantánamo Bay prison as an attempt to “release all murderers,” declared that “Christians are the new lepers,” and called gay activists both “terrorists” and “satanically possessed.”

The phrase “he seems nice” comes to mind.

April 21, 2016
Why is the Catholic Church Sexual Abuse Scandal Still a Story After All These Years?
Next Post

April 21, 2016 Appeals Court Rejects Lawsuit Claiming the Teaching of Evolution in Kansas Promotes Atheism
Browse Our Archives
What Are Your Thoughts?leave a comment