Here’s an Excellent Question to Ask People Who Are “Cleansing” or “Detoxing” April 21, 2016 Terry Firma

Sabrina Tavernise, writing for the New York Times, shines a spotlight on the very Paltrowy practice of juice cleansing.

One of her interviewees is Dr. James H. Grendell, the chief of the division of gastroenterology, hepatology and nutrition at Winthrop-University Hospital in Mineola, New York. When he has a patient who’s been detoxing, he asks a very simple question. 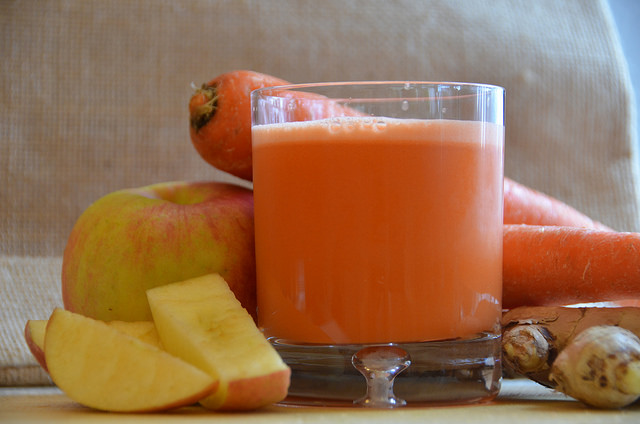 “[W]hen I ask them what they are trying to get rid of, they aren’t really sure,” said Dr. James H. Grendell, the chief of the division of gastroenterology, hepatology and nutrition at Winthrop-University Hospital in Mineola, N.Y. “I’ve yet to find someone who has specified a toxin they were hoping to be spared.”

Other medical professional also ask pointed questions that cast doubt on the claims of cleansers and detoxers.

Dr. Antoinette Saddler, a gastroenterologist at the George Washington University School of Medicine & Health Sciences, agreed to read through one of many blog posts available online about cleansing. She said she was perplexed from the beginning.

A juice diet rests the stomach, [a post] claimed. “Why does the stomach need resting?” she asked.

She read further. Juices require less of the stomach’s digestive processing, it said. “Who said that was beneficial?” she said.

And then she got to the inevitable detox claim: Juicing “allows the body to have more of the resources it needs to support the phases of detoxification, and even to begin to help remove the cumulative toxins stored in the body.” “What does that even mean?” [Saddler] said. Exasperated, she stopped reading.

Still on the fence about whether a so-called detox is worth it? Writer Tara Fuller says she’s done pretty much every cleanse under the sun, with few positive results and many negative ones. Among her findings:

If the goal is to live healthy and lose weight, let me do my best Johnny Cochran impersonation and say, Dispense with the cleanse. Or, Don’t do the woo.

Instead, use less sugar, eat more fruits and grains, drink more water, get some exercise, and try to get eight hours of sleep a day. And rest assured that unless you abuse alcohol or drugs, your kidneys and liver will do all the detoxing and purifying your body needs — and they’re free!

In the words of Tavernise:

To say that drinking juice detoxifies the body isn’t quite the same as claiming leeches suck out poisons, but it’s fairly close.

April 21, 2016 While We Mourn Prince, Let's Not Forget His Severe Christianity... Or His Door-to-Door Proselytizing
Browse Our Archives
What Are Your Thoughts?leave a comment