A parliamentarian for Germany’s Christian Democratic Union (CDU) wants Muslims living in Germany to pay a religious tax — just like other citizens. 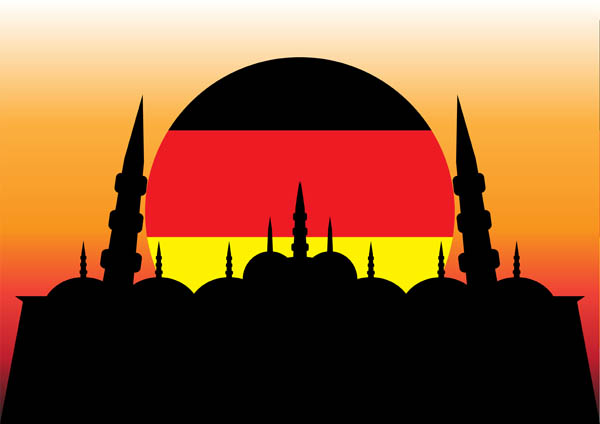 Some quick background: If you’re a German, and you’re Catholic, Protestant, or Jewish, eight or nine percent of your income taxes go to support your place of worship. It’s known as the Kirchensteuer (church tax). The church-allocated tax revenues have been declining year after year, as more Germans swear off religion. Many go out of their way to disassociate themselves from their (former) faith so that they may avoid paying hundreds or even thousands of Euros to an institution they no longer care to support.

Alexander Radwan, a member of the Bundestag, now argues that what’s good for the goose is good for the gander. When the law was written, Muslims barely had a presence in Germany. Now that they number more than four million, however, it’s time to treat them the same as all other Germans, Radwan says.

One clear benefit, he argues, is that when German Muslims essentially finance their own religious centers, foreign (Arabic) money flowing to Islamic religious causes in Germany will decrease in influence, and Saudi-style Wahhabism should lose much of its toehold.

… “cultivate” a European kind of Islam in Germany by barring foreign investment from Muslim countries. He told Die Welt daily that “German must become the language of the mosques,” among other things.

From where I sit, the Kirchensteuer is a travesty. No government should act as a money-collecting intermediary between theists and their churches. But as long as that questionable law remains in place, yes, it should be applied to all believers.

Note that it’s good to be a German atheist in this case: non-believers get to be on the correct side of the church-tax issue while also saving some serious coin.

April 21, 2016
Rep. Tulsi Gabbard, on House Floor, Speaks Out Against Anti-Atheist Violence in Bangladesh
Next Post

April 21, 2016 Here's an Excellent Question to Ask People Who Are "Cleansing" or "Detoxing"
Browse Our Archives
What Are Your Thoughts?leave a comment