Yesterday, I posted an unbelievable story about a gay pastor, Jordan D. Brown, who said he bought a “Love Wins” cake from an Austin (Texas) Whole Foods store. But when he glanced at the cake on the way home, he realized that the icing also included a three-letter slur:

Whole Foods denied doing anything wrong and defended the baker at the store along with their quality control process.

But Brown wasn’t having it. He filed a lawsuit against the store because of the “pain, anguish, and humiliation” they put him through.

Oh, how the tables have turned…

You may recall that Brown posted a video documenting his experience. It showed that the still-sealed box had the barcode on the side: 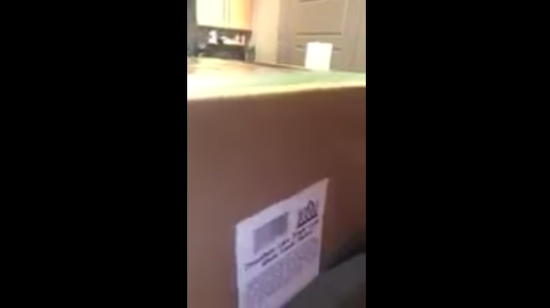 Look at where the cashier scans his purchase: 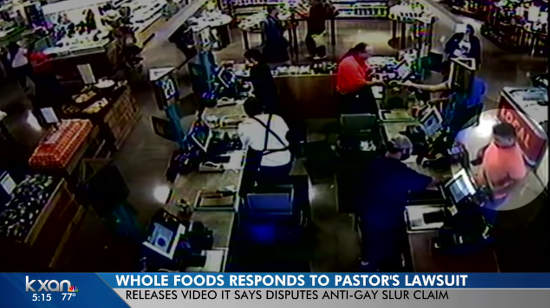 It’s hard to tell in the picture, but easier to see in the video, that the barcode is on the top of the box.

Whole Foods is now going on the offensive:

“After reviewing their security footage of Mr. Brown, it’s clear that the UPC label was in fact on top of the cake box, not on the side of the package. This is evident as the cashier scans the UPC code on top of the box, which you can view here,” the statement read.

“After a deeper investigation of Mr. Brown’s claim, we believe his accusations are fraudulent and we intend to take legal action against both Mr. Brown and his attorney,” the company said in a statement.

So we’re right back to many of the questions we had yesterday:

Why would a gay pastor, leading an LGBT-friendly church, write a slur against himself and blame someone else for it?

What on earth was he thinking?

Was this just an awful attempt at a publicity stunt?

What would Jesus do?

Not this, I assume.

April 20, 2016
Egypt's Islamist President May Be Gone, But Religion Is Central to the Country's Culture Crackdown
Next Post