While We’re Adding Harriet Tubman to the $20, Let’s Remove “In God We Trust” from the Currency April 20, 2016 Hemant Mehta

While We’re Adding Harriet Tubman to the $20, Let’s Remove “In God We Trust” from the Currency

That’s a wonderful change — it’s a long time coming — but if we’re already remaking the $20, why not go one step further? 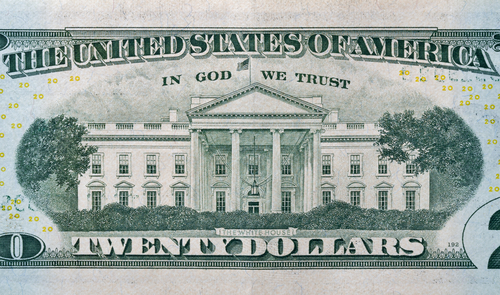 The phrase was only added to paper money in the 1950s, when we were freaking out about those “godless” Communists. It was reactionary — the same reason “Under God” was inserted into the Pledge of Allegiance around the same time. It didn’t belong there in the first place, and it only happened because our government felt the need to throw around the idea of how religious we all were.

We now live in a nation where nearly a quarter of the people have no religious affiliation. Are we still so insecure that we need to put the phrase anywhere and everywhere we can? (Don’t answer that.)

There’s no need for the phrase on the $20 — or any other dollar value for that matter.

Do you know what they have on the back of a British £10 note? Charles fucking Darwin.

I’m not even saying we have to go that far. Just remove “In God We Trust.” Give the White House some clear skies.

Given all the inevitable pushback against Tubman, I doubt most people will even notice the difference.

***Update***: As some have rightly pointed out, the Treasury controls the design of the bill, while Congress would have to pass a bill to remove “In God We Trust.” It’s not like Congress is finally going to start working again in order to *remove* God’s name from anything. So for now, this is a pipe dream. But dammit, it’s still a good idea.