Indiana Woman Expected To Give Birth To Healthy Crucifix

Most expecting parents probably don’t want to see any imaging anomalies on the ultrasound of their unborn baby. But when just that happened to Indiana mom-to-be Aley Meyer, she was moved and delighted, because she interprets the picture as a thumbs-up sign from God. 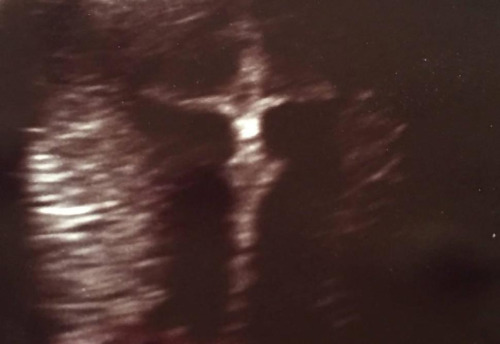 Aley Meyer’s ultrasound photo showed not only her baby boy, but also an image of what appears to be Jesus on the cross.

“We took a picture of it and blew it up on my phone to get a closer look and it is so much detail,” she told WFIE-TV. “You can see the hair and his legs crossed and everything.”

I dunno. Maybe the Meyers were just a little too adventurous with their marital aids; after all, 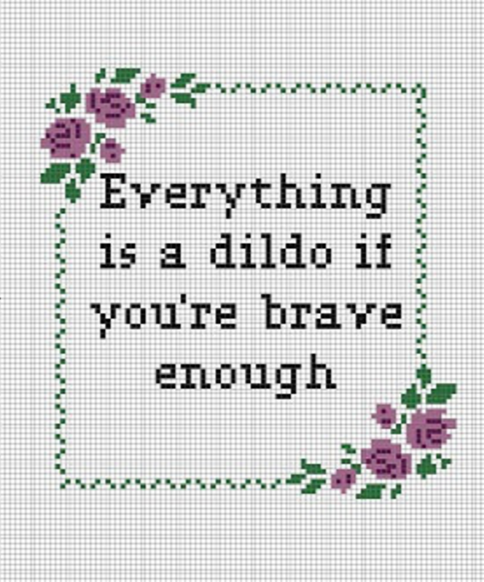 It’s either that, or the Messiah is finally returning to Earth.

But seriously folks — pareidolia doesn’t just occur when you look at breakfast tacos or drop cloths or shower mold or bird poop, so the little one will most likely emerge a perfectly normal, non-naughty boy. We send the Meyers our best wishes.

(Top image via Facebook; cross-stitch pattern by SnarkyArtCompany on Etsy)

April 20, 2016 Pat Robertson: Most Transgender People Are Frauds
Browse Our Archives
What Are Your Thoughts?leave a comment