How to Beat Your Wife Properly, According to a Saudi Family Therapist April 20, 2016 Hemant Mehta

How to Beat Your Wife Properly, According to a Saudi Family Therapist

Saudi family therapist Khaled Al-Saqaby has a lot of advice on how to discipline your wife. Too much advice, really, since even a list of a single item would be excessive…

Even he recognizes it’s a sensitive issue, saying right up front that, “Allah willing, we will cross this bridge safely.” 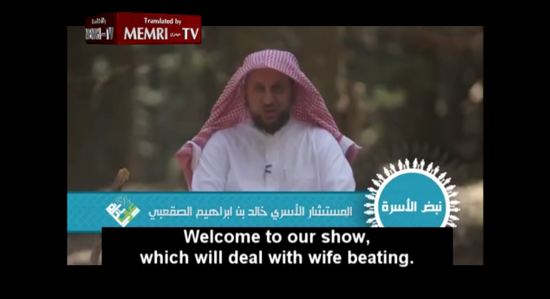 So what are his Qur’an-inspired tips?

Well, before you physically hurt her, you should try and remind her of “your rights and her duties, according to Allah.”

If that doesn’t work, the next option is to withhold sex. But not by sleeping at someone else’s house — then everyone would know you’re fighting. Instead, you should just “stay in bed with her, but turn your back to her, or else sleep in a separate bed in the same room.”

If that doesn’t work, that’s when you have to resort to beating them.

Al-Saqaby insists, however, that he has no desire to physically abuse women. That’s why you shouldn’t hit them with a rod or headband or “sharp object.” Those would be too harsh, he says. Instead, you should use a “tooth-cleaning twig” or handkerchief — the equivalent of hitting someone with a feather — because then you’re showing your disappointment without actually hurting her. Remember: the goal is to make her feel bad, not leave scars. 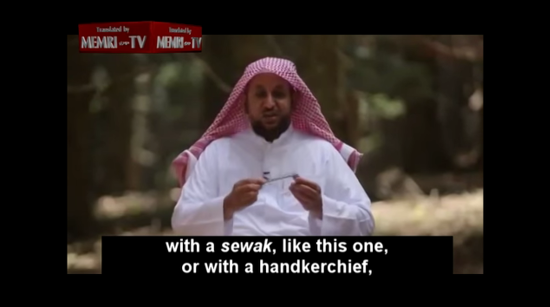 I guess we should all be happy that he’s not advocating something more serious… but remember: This is still a video on how to beat your wife, and that’s fucked up no matter what he says in it.

He also explains that there are occasions when a wife may hit her husband. This, he explains, is probably the husband’s fault since he wasn’t raised properly.

But if we’re to blame the wives for anything, it’s probably for one of two reasons:

1) “Some wives want to live a life of equality with their husband,” and this can never happen.

2) Some women goad their husbands into hitting them, saying, “Go ahead. It you are a real man, beat me.” So it’s all their fault.

If they do either of these things, proceed to beat them with the lightest objects you can find.

And this concludes another session with the worst family therapist ever.

April 20, 2016
Here's an Inspiring Video About What It Means to Be Human (Religion Not Included)
Next Post

April 20, 2016 Egypt's Islamist President May Be Gone, But Religion Is Central to the Country's Culture Crackdown
Browse Our Archives
What Are Your Thoughts?leave a comment