A new book by Larry Alex Taunton, called The Faith of Christopher Hitchens, suggests that Hitchens was “contemplating conversion” near the end of his life, though he never actually made that leap: 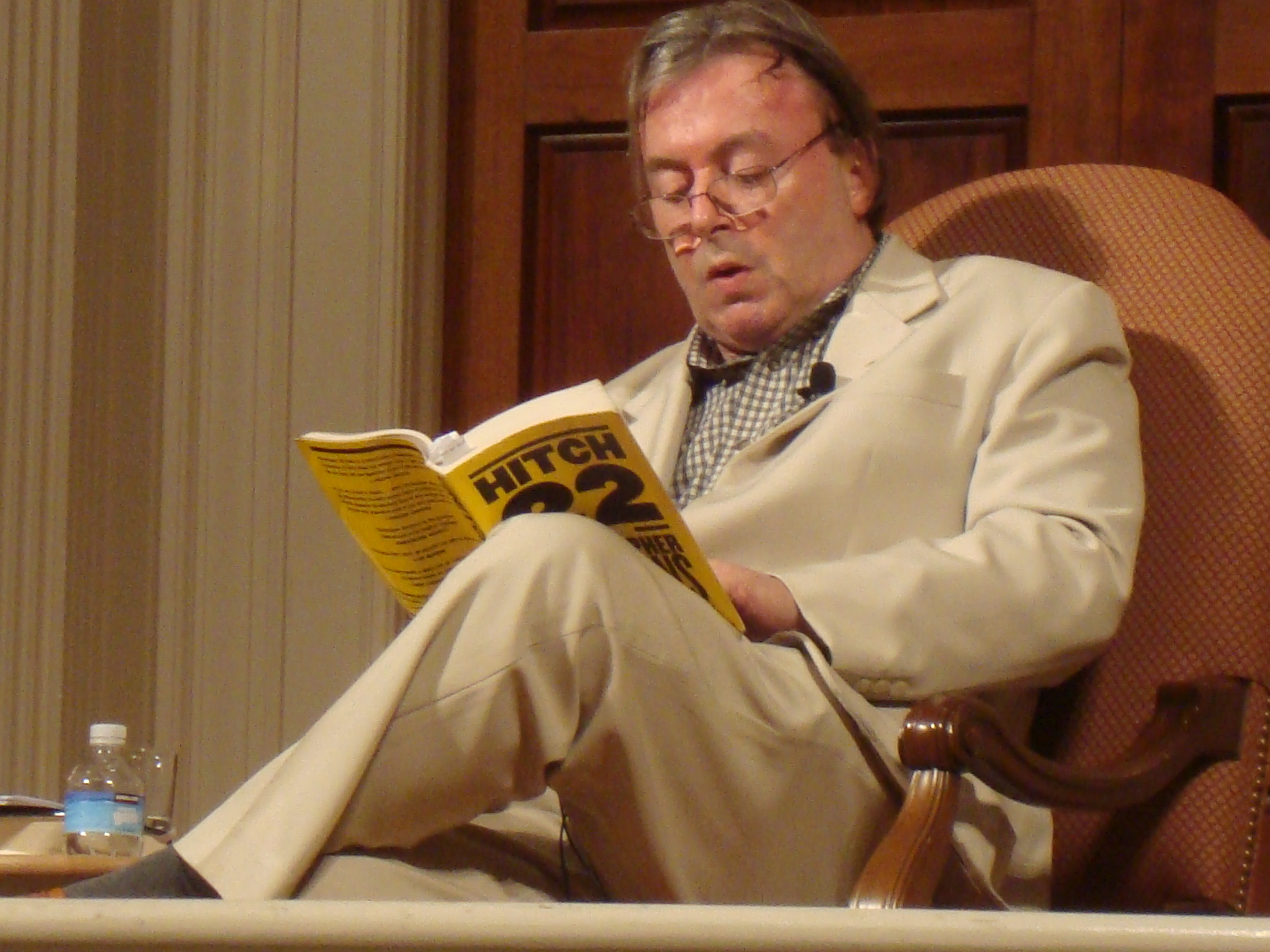 “I discovered Christopher is not defined by his atheism,” Taunton said. “Atheism is a negative and you can’t build a philosophy around a negative. Christopher was searching for a unifying system of thought. They’re accusing me of saying he converted. I make no such claim. It’s not my claim that Christopher converted, it’s that Christopher was contemplating conversion. I think I substantiate it in the book.“

That’s quite a claim — especially considering that the evidence we’ve seen from Christian media sources suggests that the substantiation boils down to nothing more than “Hitchens was friends with some Christian apologists.”

Who would you trust more? Christian apologists who have everything to gain by spreading a lie that can’t be refuted by the man himself… or his wife, Carol Blue, who was at his side when he died?

When he revealed his sorry physical state, discussion raged over whether he would have a death-bed conversion and embrace religion for solace or salvation.

“He lived by his principles until the end. To be honest, the subject of God didn’t come up.”

Hitchens also addressed the topic during an interview with Anderson Cooper not long before his death:

COOPER: In a moment of doubt… there might be a moment when you want to hedge your bets.

HITCHENS: If that comes, it will be when I am very ill; when I am half demented, either by drugs or by pain. I won’t have control over what I say. I mention this in case you ever hear a rumor later on, because these things happen and the faithful love to spread these rumors. I can’t say that the entity, that by then wouldn’t be me, wouldn’t do such a pathetic thing. But I can tell you that… not when I’m lucid, no. I can be quite sure of that.

COOPER: So if there is some story that on your deathbed–

One commenter on a Christian website noted, “If Christopher Hitchens had a deathbed conversion it is because he asked for a priest and converted the priest to atheism.”

That’s clever, but Hitchens actually took it a step further. Among the final thoughts recorded in his book Mortality was this brutal gem:

If I convert it’s because it’s better that a believer dies than an atheist does.

There’s no evidence whatsoever that the author of God Is Not Great: How Religion Poisons Everything ever believed God might be great and religion ain’t as bad as I thought.

If you want to give Taunton the benefit of the doubt, it’s that Hitchens spoke about religion so frequently that his conversations about faith led even people close to him to believe he took it seriously.

But that’s being too generous to Taunton, who appears to be cashing in on his friendship with Hitchens by invoking the old Christian trope that assumes decent people who didn’t accept Christ during their lives must surely have accepted Him at the last possible moment.

Hitchens was a lot of things, but shy about his opinions wasn’t one of them. If he had converted, even at the end of his life, he would’ve been shouting about it from the rooftops of the hospital. He would’ve found a way to make sure the world knew about it.

He sure as hell wouldn’t have used Taunton as an intermediary.

***Update***: Kimberly Winston of Religion News Service has some strong reactions to this controversy from people who knew Hitchens well:

Steve Wasserman, who was Hitchens’ friend for 30 years, co-executor of his estate and with Hitchens’ family, at his death, called the book’s claims “petty” and “appalling” when they were read to him.

“I am not in the position to dispute the what Taunton says were private conversations,” he said by phone from New Haven, Conn., where he is executive editor-at-large for Yale University Press. “But I really think it is a shabby business. It reveals a lack of respect. This is not a way to debate Christopher Hitchens’ beliefs — to report unverifiable conversations, which amazingly contradict everything Christopher Hitchens ever said or stood for.”

And Michael Shermer, an atheist and founder of Skeptic magazine, who read the book’s manuscript and liked its description of the friendship between the two men — enough to give it a favorable jacket blurb — said Taunton’s claims of Hitchens’ flirtation with conversion were “exaggerated.”

(via Pharyngula. Image via Wikipedia. Thanks to everyone for the link)

April 20, 2016
Whole Foods Has Proof They Didn't Write a Slur on a Gay Pastor's Cake
Next Post

April 20, 2016 While We're Adding Harriet Tubman to the $20, Let's Remove "In God We Trust" from the Currency
Browse Our Archives
What Are Your Thoughts?leave a comment