Hundreds of Mentally Ill People in Togo End Up in “Prayer Camps,” Naked and Chained and Beaten April 19, 2016 Terry Firma

Hundreds of Mentally Ill People in Togo End Up in “Prayer Camps,” Naked and Chained and Beaten

Imagine that you’re suffering from a debilitating clinical depression or a severe personality disorder. Now also imagine that you have no access to psychiatric or pharmaceutical help; the only treatment you get is being stripped, then chained to a concrete block or a tree, and beaten in the name of Jesus, so that the evil spirits will finally release you.

For sufferers of mental illness, Togo is one of the worst places in the world to live. The country is so severely under-resourced and so little is understood about this form of disease that many desperate families see no option but to take sick relatives to so-called prayer camps. 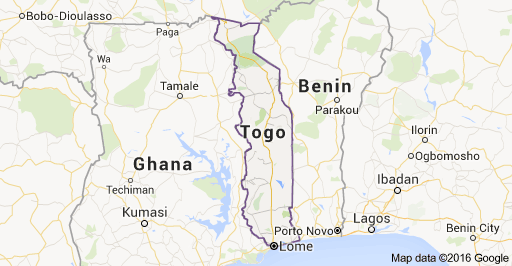 The local religious leaders who run these camps claim they can cure the mentally ill by encouraging “evil spirits” to leave their bodies. Usually this is attempted by chaining the sick person to a tree and prescribing them a series of beatings with canes, occasionally punctuated by prayer rituals. Those subjected to this treatment often stay chained outside in all weather for weeks, months, even years, waiting for a sign that they are healed — so that they can finally be released from their shackles and allowed to reintegrate into the community.

I’m going to go out on a limb here, and surmise that the number of mentally ill cured by such methods hovers somewhere around zero — all the more because discharging patients robs the Jesus camps of their income.

Pastor Paul Noumonvi runs one such prayer camp in Togo, known as “Jesus is the Solution“, where he conducts “divine healing” in return for donations from the families of those exhibiting mental illness. When we visited the camp earlier this year, more than 150 people were chained up behind his church. They were tied to trees, to concrete blocks on the ground or kept in small cells. No trained medical professionals were present at the prayer camp, and Noumonvi’s methods of patient evaluation are questionable at best.

If hell existed, it couldn’t be worse than that.

April 19, 2016
Christian "Coach" Dave Daubenmire Makes the Case for Why "Discrimination is a Good Thing"
Next Post