In an opinion piece for Religion News Service, the Family Research Council’s Tony Perkins argues that our government needs to do more to help persecuted Christians around the world.

Now, normally, when Perkins talks about persecution, he’s referring to someone like Kim Davis or Christian business owners who have to provide comprehensive health insurance (including birth control) for their employees. Christian persecution, for him, is what we see when the military treats LGBT soldiers as equals. 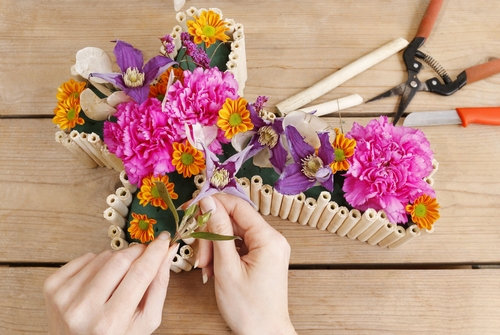 But in this essay, written with former congressman Frank Wolf, Perkins does a remarkable thing: He cites examples of actual Christian persecution.

He talks about ISIS beheading 21 Christians. He refers to the terrorist group Al-Shabab killing 150 Christians at Kenya’s Garissa University College.

But notice that, when he has to bring up examples of Christian persecution for a wider audience, he doesn’t mention bigot bullies like Davis, who refused to sign a marriage document for a gay couple despite being a government official, or the religious bakers and florists who refuse to service gay customers.

Maybe — just maybe — that’s because even he realizes Kim Davis was never really a victim of anything. She was never persecuted; she was the one doing the persecuting.

Even he understands that he dabbles in rhetoric, not reality.

It’s amazing how much his examples change depending on the audience. Hell, his whole narrative changes. Perhaps if he didn’t water down the concept of “Christian persecution” by using it to describe people who think the laws don’t apply to them, his legitimate examples would be taken much more seriously.

April 19, 2016
A Gay Pastor and Whole Foods Are Fighting Over Who Wrote an Offensive Word on a Personalized Cake
Next Post

April 19, 2016 Promises, Promises
Browse Our Archives
What Are Your Thoughts?leave a comment