Virginia County Board Denies Pump and Haul Permit for New Islamic Center; Was It Discrimination?

In Culpeper, Virginia, members of a new Islamic Center knew they needed a permit to install a pump-and-haul septic system. So they gathered the necessary documents and asked the Board of Supervisors for the appropriate permissions.

Even though the board members had approved similar requests 18 of the past 19 times, they rejected this one. (I wonder why.) Islamic Center President Mohammad Nawabe told a reporter that after their request was denied, “people started clapping and just cheering.” 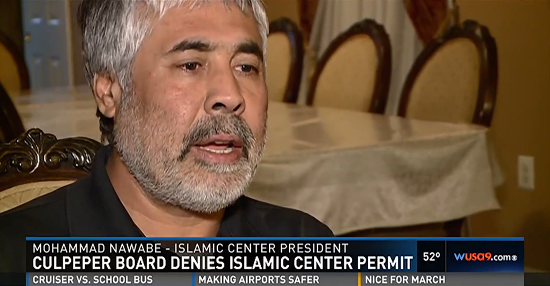 The board members claimed that there was a reason for denying the request:

“There were three deciding factors on this one. They hadn’t bought the property yet – they still haven’t — so they don’t own it. There’s nobody on it right now. There’s a house that’s falling down and they had no schedule on when they’d be on it,” [board member Bill Chase] explained.

“Our laws,” Chase added, “the ordinances say emergency use and this was not an emergency.”

But the other 18 they green-lighted were all emergencies…?

Nawabe says he’s speaking to an attorney about a possible lawsuit.

In the meantime, here’s another question: Where’s the “religious freedom” crowd in this story? The Christians who make such a big deal of every perceived slight against their own faith are entirely absent here in defense of Muslims who want to open up their own building.

Thus far, the state representatives who so recently fought to protect anti-LGBTQ “religious liberty” have remained silent. So, too, have the advocacy groups that have spent millions defending anti-gay bakers, florists, and photographers who demand the right to refuse services to same-sex couples.

When Christian colleges want to deny students contraceptive coverage, the right lines up and memorizes the talking points. When a county board kills a mosque and residents applause, the silence is deafening.

There’s no surprise here. As critics have been saying for a long time, “religious liberty” is just code for “Christian privilege.” Those liberties end where other religions begin.

(Screenshot via WUSA. Thanks to Susan for the link)

April 18, 2016
Alabama's Christian-Republican Politics Devolve Into Hard-To-Believe Farce... With Mo(o)re Around the Corner
Next Post