Members of the Wu-Tang Clan Will Appear at the Reason Rally April 18, 2016 Hemant Mehta

While rapper Killah Priest was already slated to appear at the Reason Rally in June, it looks like he’ll be bringing several other members of Wu-Tang Clan to the Lincoln Memorial on June 4. 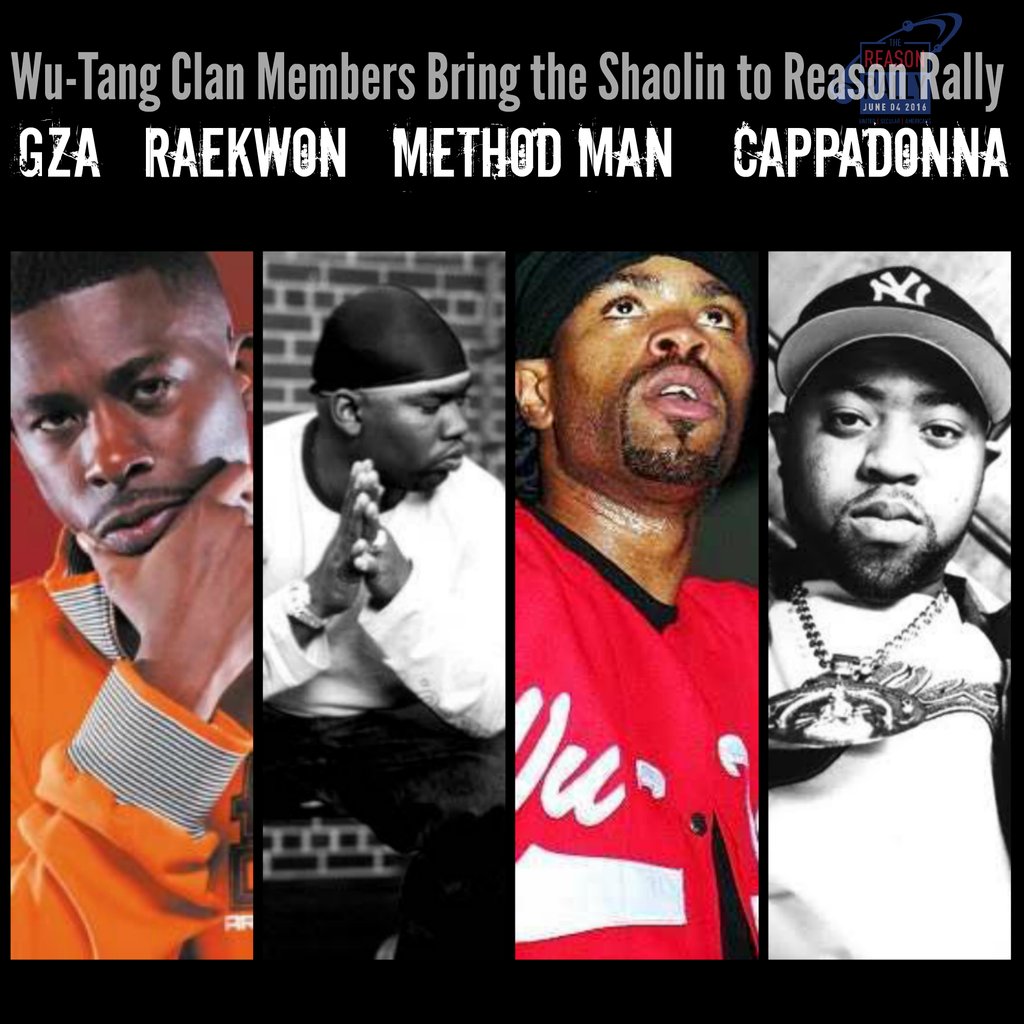 The Wu-Tang Clan stormed the hip hop scene in the early ‘90s and have been an enduring, gritty musical force since. They’ll be joined at the Rally by scientists, activists, comedians, actors, and clan-affiliate Killah Priest as they give voice to the 23% of American adults who are nonreligious and want their government to follow suit.

Their music, such as A Better Tomorrow, is critical of organized religion and calls for making the world better by taking action. Wu-Tang Clan members who will appear at the rally are:

GZA, known as The Genius for his masterful wordplay and meaningful references.

Cappadonna, often referred to as Cappachino, has been featured on featured on more than 25 releases with members of the Clan.

Raekwon, the chef, with his vivid storytelling that is apparent in the Wu-Tang Clan classic C.R.E.A.M.

You can learn more about the big event here.

April 18, 2016
Atheists Are Raising Funds to Help Those Affected by the Earthquake in Ecuador
Next Post