Last night’s Saturday Night Live included a spoof of God’s Not Dead that worked in all the anti-gay bigotry taking place in the country at the hands of Christians. This time, the persecuted Christian character was determined to fight back against the Forces of Evil who kept trying to convince the world that God is gay.

He’s not gay! she told the courtroom. “God is a boob man!”

And the crowd went wild. 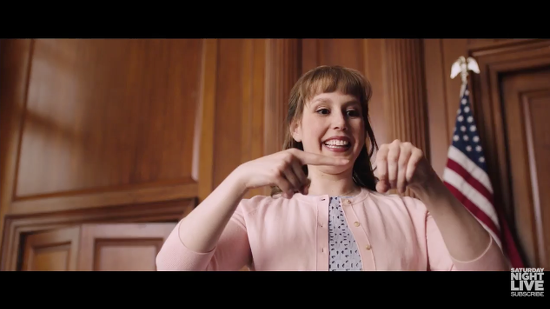 I’ll give them credit for trying, but let’s be honest: It’s hard to be funny when you’re mocking something that’s already a parody.