You can read the whole backstory here, but basically, Böhmermann recently read a crude, self-penned satirical poem about Erdoğan on Germany’s ZDF TV, and the Turkish strongman responded by telling the Germans to throw the gadfly in jail already. 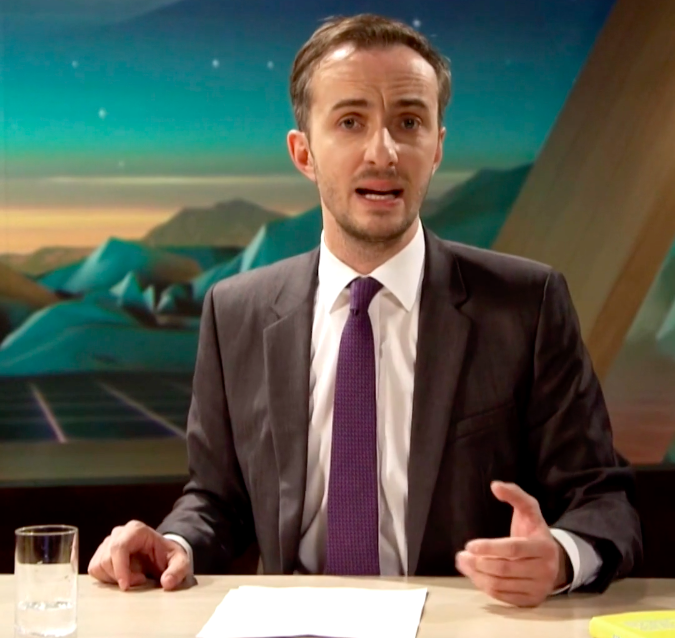 Merkel is using a long-dormant lèse-majesté law to do so, although she says she’s neither happy about the existence of that law, nor about Erdoğan having forced her hand in the matter.

I’m not sure that will be much consolation to the beleaguered Böhmermann.

Some of the members of Merkel’s own cabinet have criticized her for kowtowing to a foreign head of state — one who has for many years aggressively gone after critics in his own country. Germany is not a satellite state of Turkey, they point out.

Merkel says she is only abiding by constitutional and judicial principles.

The German chancellor insisted her government’s decision did not amount to a verdict on whether Jan Böhmermann was guilty or not, but should be understood as a reaffirmation of the judiciary’s independence.

“In a constitutional democracy, weighing up personal rights against freedom of the press and freedom of expression is not a matter for governments, but for public prosecutors and courts,” Merkel said in a press conference on Friday.

Yeah. That does sound a lot nicer than “To save the refugee-swap deal with Turkey, I decided to throw Böhmermann under the bus.”

If anything good comes from the incident, it’s that Germany’s cob-webbed law against insulting royalty and foreign dignitaries — section 103 of the criminal code — is likely to be stricken from the books.

Merkel said on Friday that she considered the law unnecessary, and that legal steps would be taken towards deleting it from the penal code within the next two years… Several opposition parties, including the Greens and Alternative für Deutschland, had called for the law to be scrapped in the wake of the scandal.

That erasure will come too late for Böhmermann, who, if tried and convicted, will face up to five years in the clink.

Here’s the greatest irony of the whole affair. The famously thin-skinned Erdoğan is letting his Trumpian ego get in the way of a goal he’s been chasing since he rose to national power in 2003. He fervently wants Turkey to join the European Union (an odd objective geographically when you think about it; some 90 percent of the country’s land mass is located across the Bosporus, in Asia).

Well, guess who is the EU’s 500-pound gorilla? Genau: Deutschland, whose popular mood is now likely to harden against political and economic alliances with countries whose leaders piss on European values.

(Thanks to Gunnar for the tip. Screenshot via Vimeo)

April 16, 2016
The University of South Carolina Football Team Has Finally Cut Ties With the Team Chaplain
Next Post