Stonehenge Was the Work of Satan’s Army of Giants, Says Christian Who Somehow Has a Ph.D. April 16, 2016 Hemant Mehta

Stonehenge Was the Work of Satan’s Army of Giants, Says Christian Who Somehow Has a Ph.D.

The mystery of Stonehenge is finally over. We know who built it. 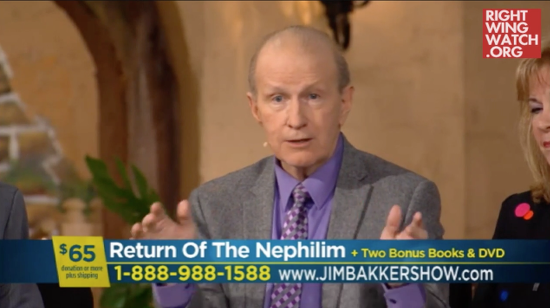 Lindsay told Bakker that these giants were tools of the devil, who seeks to destroy Israel because “he’s out to destroy God’s creation and his whole plan of redemption and contaminate the human race.”

But Satan wants to “have his own seed and make his own family,” Lindsay explained, and so he created a race of giants who would attack Israel.

“He build his little squatter’s hut up there on the Temple Mount, you know that temple, because he knows what the Bible says about that place,” he said. “I weaved through why and what is the evidence for giant beings on this earth. We all know about Stonehenge, right? That’s just one of hundreds and hundreds of gigantic places around the world that testify that some sort of supernatural power or giants were involved in its construction.”

Lindsay said it. I believe it. That settles it.

April 16, 2016
Transgender Fight: Louie Gohmert Says He Would've Spied On Women in Bathrooms When He Was Younger
Next Post