Minoo Khaleghi, a reformist politician in Iran, may be kicked out of the country’s legislative body because of a very grave matter indeed: her opponents say they have photos of her shaking hands with an unrelated man.

Hussies with man cooties are barred from the Iranian parliament (obviously).

A newly elected female MP in Iran is to be barred from entering the next parliament apparently because she is alleged to have shaken hands with an unrelated man during a trip abroad. 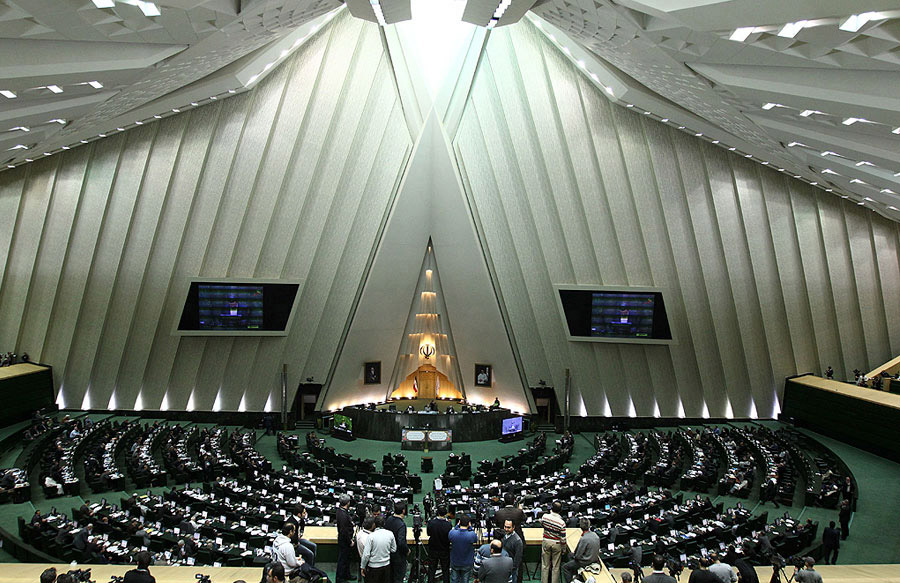 Minoo Khaleghi, a reformist politician and environmental activist, has denied claims about the handshake, which would be illegal under Iran’s Islamic law.

A fellow MP, Ali Motahari, sprang to her defense. Kind of.

“If she did shake a man’s hand abroad, it’s not going to be easy to prove and besides, it’s not wrong to shake an unrelated man’s hand with gloves on.”

That loophole is horrifyingly entertaining — about as much as the rule it seeks to evade.

(Photo of Iran’s parliament via Wikipedia)

April 16, 2016 Mississippi Governor Signs "Guns in Church" Bill (Because God's Protection Isn't Enough)
Browse Our Archives
What Are Your Thoughts?leave a comment