Ryan Anderson, a fellow at the Heritage Foundation, is one of those “compassionate conservatives” you always hear about but never actually meet. He puts a friendlier face on awful policy ideas.

At a recent anti-abortion conference, for example, he talked about the need for crisis pregnancy centers to help women seeking abortions. (I’m going to assume he didn’t mention how those centers frequently mislead women with unscientific, untrue information.)

Then, he pivoted to homosexuality. What would compassion look like in that situation?

Apparently, it means having gay people over for dinner. Because if they know there are people who truly care about them, there won’t be any need for marriage equality. 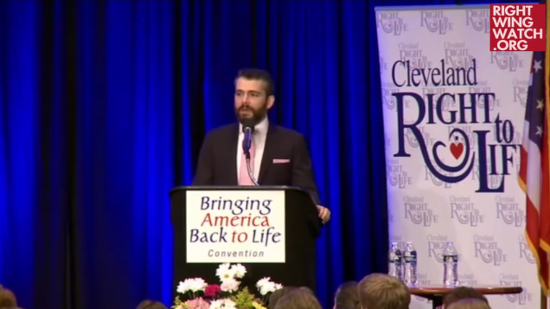 “The question is going to be, if we’re not in favor of same-sex marriage, what are we in favor of for people with same-sex attractions and how are we helping them live out their vocations?” he asked.

“There’s a universal human desire for friendship, for companionship,” he said. “We all have a need for relationships that matter. So when Thanksgiving comes around, when Christmas comes around, are you inviting a same-sex attracted colleague or friend or member of your church who isn’t married and doesn’t have a family of his or her own, are you inviting them into your family to share Thanksgiving dinner or Christmas dinner? Are you having them be big brother or big sister, godfather or godmother to your children if they’re not going to be married and have children of their own? Are there ways in which we can show that there are other forms of community that matter, that are important, that are meaningful, without having to redefine marriage?”

… “This is now an opportunity for people who believe the truth about marriage to show that Justice Kennedy is wrong, that we can meet people’s real needs without redefining what marriage is.”

You have to wonder how Anderson would react if a gay person spoke that condescendingly about Christians: “If you just invite them to dinner and show them you care, they won’t have to worship a monster!”

Thankfully, it’s all moot since marriage equality is the law — despite opposition from conservatives Christians like Anderson. So you can have your gay marriage and avoid going to a dinner party thrown by the bigots in your family. Win-win!

April 16, 2016
Stonehenge Was the Work of Satan's Army of Giants, Says Christian Who Somehow Has a Ph.D.
Next Post