There are world leaders who say they love science… and then there’s Canadian Prime Minister Justin Trudeau: 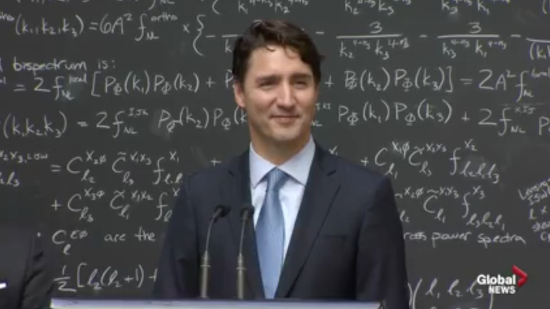 Dear Canada, can we just borrow that guy for, like, eight years…?

I think that beats out President Obama‘s “bubble sort” response from 2008.

For what it’s worth, what Trudeau said sounded far more complicated than it actually was, but kudos to him for playing along. In case you’re wondering about the backdrop, he was speaking at the Perimeter Institute for Theoretical Physics in Waterloo.

Meanwhile, we have our presidential debates in front of hot dogs.

April 15, 2016
The Duck Dynasty NASCAR Invocation Confirmed Every Stereotype Outsiders Have About the Sport
Next Post

April 16, 2016 Bill Maher on Taxing Churches: We Shouldn't Have to "Subsidize a Myth That We're Not Buying Into"
Browse Our Archives
What Are Your Thoughts?leave a comment