A Catholic nun recently wrote an article deriding all those critics of Mother Teresa, chief among them, the late Christopher Hitchens.

We don’t hate her, of course. Many atheists who have looked into her legacy simply don’t buy into all the hype. 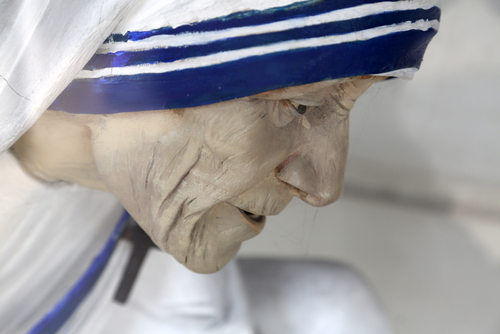 But given that Mother Teresa is set to be canonized, Sister Theresa Aletheia Noble wants to debunk all the so-called myths about her — like the notion that she mismanaged money and enjoyed suffering.

Thankfully, Godless Mom does an excellent job of providing a response to all of her claims. Here’s just one example:

Critics point to what they call deplorable conditions in the homes the sisters run — a charge that betrays how completely they misunderstand the Missionaries of Charity. The sisters join the poverty of the people they serve. Their mission is not to build state-of-the-art hospitals, or work for political or social change, which many Catholics do. They provide care for children and adults in the most desperate of situations, people who would otherwise be living and dying on the streets. The sisters themselves live in complete and utter poverty, sleeping on the floor and washing their one habit in buckets and drying them overnight.

This begs the question, what is it that the Missionaries did? What charity did they offer? It seems to me, it was limited to company and a pat on the back. Is that really charity?