They just don’t get it, do they?

A Catholic priest has offended parents at a Malvern East school by comparing pedophile priests to adulterous women in a school newsletter. St. Mary’s Primary School parish priest Father Bill Edebohls also took aim at lawyers and the media for not showing enough mercy during the Royal Commission into Institutional Responses to Child Sex Abuse.

He said he was concerned the Royal Commission [the government body investigating child abuse by members of the clergy — TF] would not give victims an opportunity to heal. “Why? Because both the media and the lawyers, like the baying crowd of men in the gospel ready to throw stones, don’t understand the need for a justice that is drenched in mercy.” 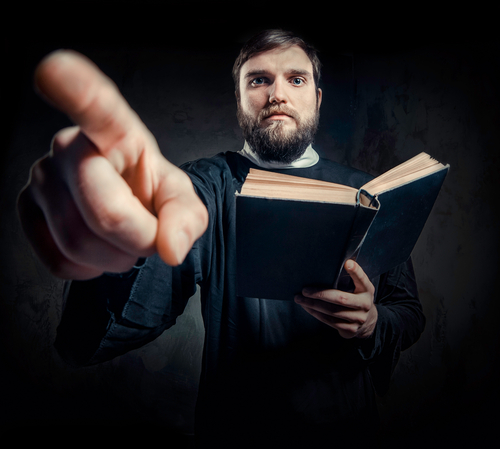 “Maybe to get the real drama and effect of the story we ought to replace the adulterous woman with a pedophile priest,” he wrote, after recounting the gospel tale of Jesus showing mercy towards an adulterous woman, telling the baying mob “he that is without sin among you, let him first cast a stone at her.”

Edebohls couldn’t buy a clue. It never occurred to him that the adulterer was a consensual adult. Raping a child is perhaps just a little bit different.

The responses were, let’s say, not uniformly kind.

One parent said it was abhorrent to compare a crime like pedophilia with a moral issue like adultery. “To have that sort of attitude is shocking.” Bernard Barrett, a researcher at victims support group Broken Rites, said Father Edebohls’ comments downplayed serious crimes. “The Royal Commission is investigating crimes, not sins,” Dr. Barrett said. “It is also investigating how these crimes have been tolerated or concealed in some organizations such as churches — and Father Edebohls’ down-playing of these crimes is an example of this problem.”

Father Edebohls said it was “not always easy to take a story from 2000 years ago and bring it into the modern era.”

I feel his pain. The solution is easy, though.

Stop pretending that everything in that overrated ancient book is somehow supremely relevant today. Stop making tortured equivalencies between what happened then and what is happening now, as if the world is the same and our ethics are identical to those of long-ago primitive sheep herders. And stop pushing your Frankensteinian tome as if it contained solutions to everything, divine guidelines for all, and truth that goes beyond all the books that have been printed since.