Just a note to anyone who wants to buy a product from GrassRoots Custom Photo Boards, an online-only business that takes your digital photos and turns them into something more permanent: They won’t accept money from gay couples, as Bobby Burnette found out the other night: 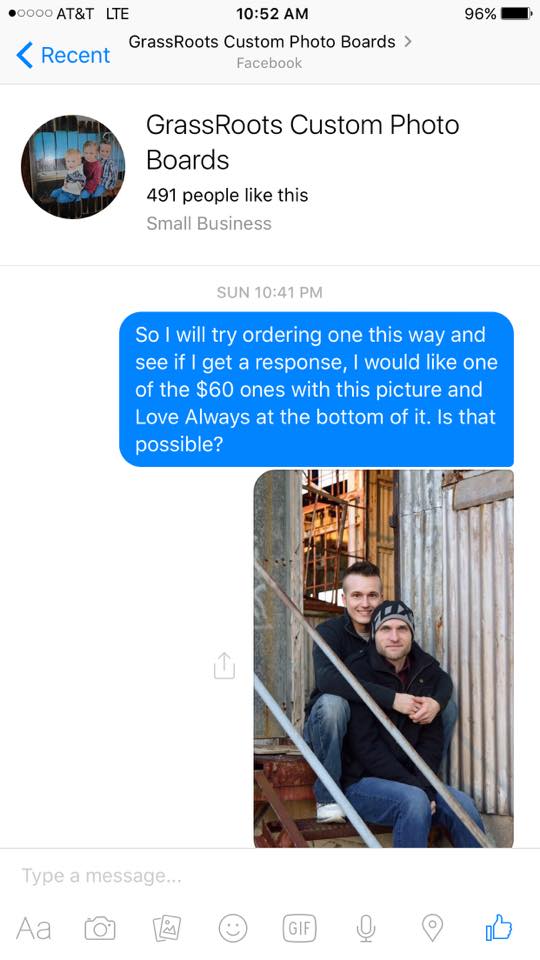 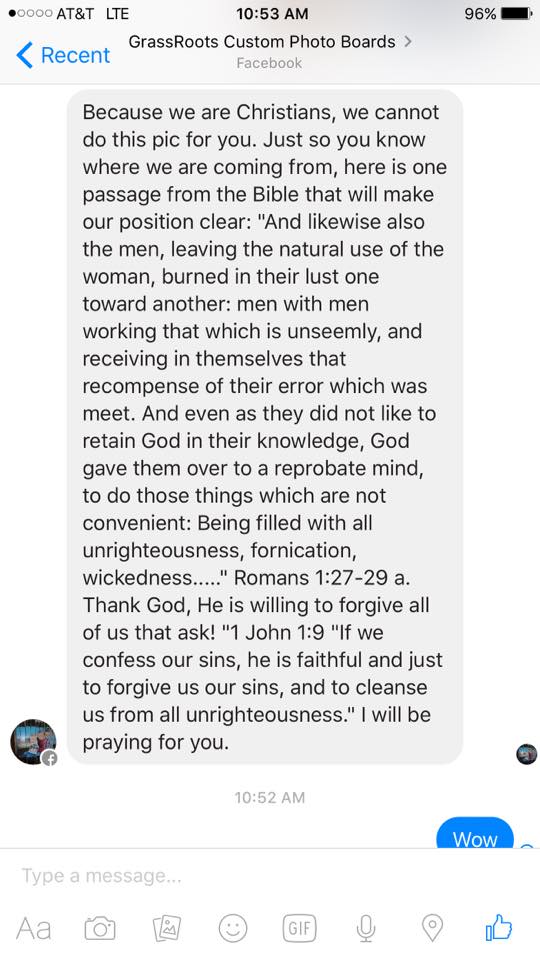 Wow, indeed. The Christians won’t take the money of a gay couple that loves each other. Because love, I assume, goes against their values.

I asked the owners if they would accept money from someone who got divorced but is now in a new relationship, or an interracial couple, or a straight atheist couple that indicates their beliefs in the image (maybe via shirts with photos of Christopher Hitchens on them). So far, no response.

I would at least appreciate if they posted on their Facebook page a list of people they won’t do business with — it would make it so much easier instead of trying to guess who they hate.