The Bible Makes the List of Most-Challenged Books in Libraries, But the Number of Complaints Is Tiny April 13, 2016 Terry Firma

The Bible Makes the List of Most-Challenged Books in Libraries, But the Number of Complaints Is Tiny

In the annual State of America’s Libraries report released by the country’s Library Association (ALA), one very popular tome has crept into the Top 10 list of most challenged books: the Bible.

At No. 6 on the list [for 2015], the Bible was challenged for “religious viewpoints,” based mainly “on the mistaken perception that separation of church and state means publicly funded institutions are not allowed to spend funds on religious information,” said Deborah Caldwell Stone, deputy director of the American Library Association Office for Intellectual Freedom — the organization that tracks the book challenges. 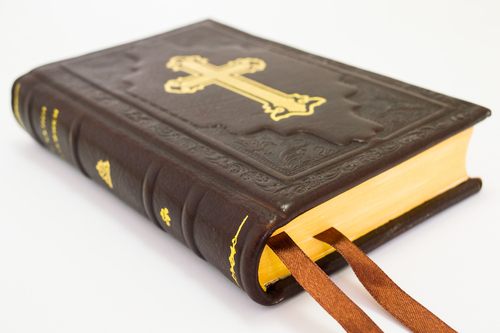 In other words, the challenges come from people who are mistaken — and sorely so — about the constitutional permissibility of a religious book in a public library.

By the same token, there are well-meaning but ill-informed people who think that prayer in public schools is prohibited (it’s actually fine to pray there, as long as the prayer isn’t initiated or led by a teacher or school official); or that so-called Holy Books may not be referenced in a public-school class on history or literature (in reality, that, too, is no problem, according to the U.S. Bill of Rights and copious jurisprudence).

When it comes to books that were challenged for “religious viewpoints,” Christians again appeared to be leading the charge:

The novel The Curious Incident of the Dog in the Night-Time was challenged for religious viewpoint and “atheism,” as well as for offensive language.

Nasreen’s Secret School: A True Story from Afghanistan, a children’s book about a little girl trying to get an education in Afghanistan, was also challenged for religious viewpoint and violence. The book was challenged in at least one community in Florida because the child protagonist in the story says a prayer to Allah. At least one parent felt that it was indoctrinating children with Muslim beliefs and therefore challenged the book.

What counts as a challenge? It’s when the American Library Association tallies a “formal, written complaint filed with a library or school requesting that materials be removed because of content or appropriateness.”

Stone says 275 such challenges were made last year — lower than previous years — and while that’s something the association views as a positive, Stone says not all challenges make it to the Office for Intellectual Freedom database.

In a country with more than 17,000 libraries and tens of millions of patrons, that’s actually just a microscopic sliver of complainers.

To put it in perspective, for the Bible to end up as #6 on the list, it could have been the result of just a small handful of complaints. If there were 275 challenges, it’s entirely possible that there were 200 challenges for Book #1 but just 10 for Book #2, 9 for Book #3, etc. Based on the wording in the NPR piece, we really have no idea how many people complained.

I called the ALA’s Caldwell Stone this morning to ask for clarification, but she explained that the number of complaints per book is restricted information. “Many of these challenges are filed confidentially,” she said, “and we feel that divulging more than we already have about their number or location or other particulars would do a disservice to the people making the challenge.”

She did say that in the past, when complaints about the Bible came in, some of the complainants challenged the Bible as a reaction to Christians challenging secular-minded books over violence and/or sexuality.

And that almost seems like a proportional response on the part of the complainants. I guess the reasoning is something along the lines of, “If you, Mr. or Mrs. Bible thumper, think that Sherman Alexie‘s or Judy Blume‘s books ought to be banned for adult-themed scenes, let’s be consistent and also ban your favorite book, steeped as it is in rape, murder, and genocide.”

The argument has surface appeal, but it’s a terrible idea when you think about it — for three reasons. Number one, it’s a deeply illiberal and noxious thing to try to ban a book. Number two, you stoop to their level. And number three, these attempts to suppress the Bible, however whimsically intentioned or rationally argued, give lifeblood to the Todd Starneses and Joshua Feuersteins of the U.S. Christ-o-sphere, whose tales of persecution are habitually spun out of the puniest of facts. (Just wait and these vague complaints about the Bible will become the basis for God’s Not Dead 3.)

Not to put too fine a point on it: trying to get the Bible (or virtually any book, for that matter) removed from public libraries is a dick move.

To those who tried, you’re not helping.

April 13, 2016
Pastafarianism is Not a Real Religion, Judge Tells Prisoner in Completely Serious Decision
Next Post

April 13, 2016 If You Look Closely at the New "Tree of Life," You'll Find This Hidden Gem
Browse Our Archives
What Are Your Thoughts?leave a comment