A handful of climate change deniers thought they had their ground covered when they started commenting on a Facebook post by Bill Nye the Science Guy, until one denialist misrepresented NASA’s data, unintentionally summoning the agency. 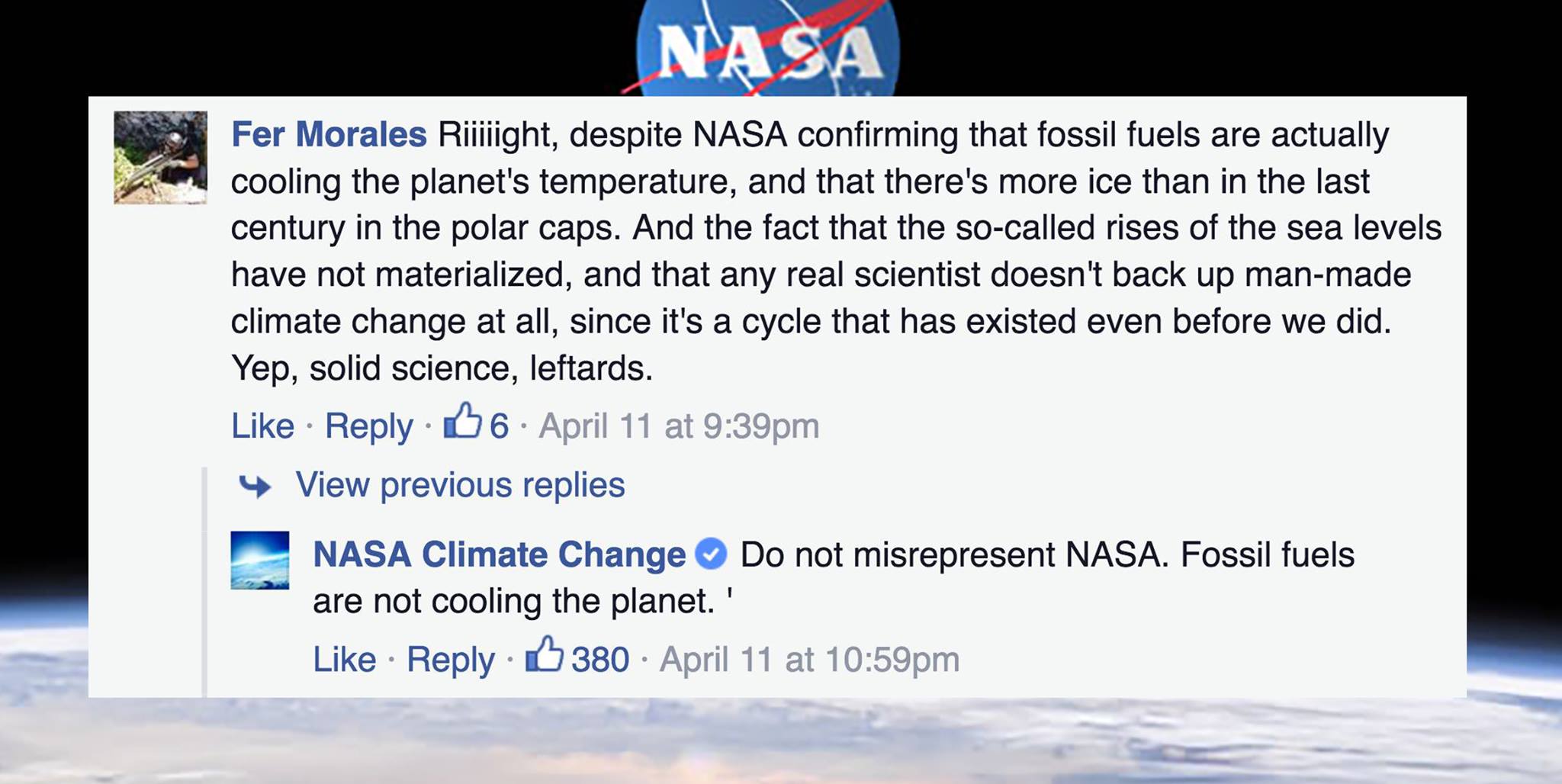 In an epic fashion, the official NASA Climate Change account arrived at the thread and delivered a smackdown against misinformation — they brought charts, too!

Witness the science for yourself: 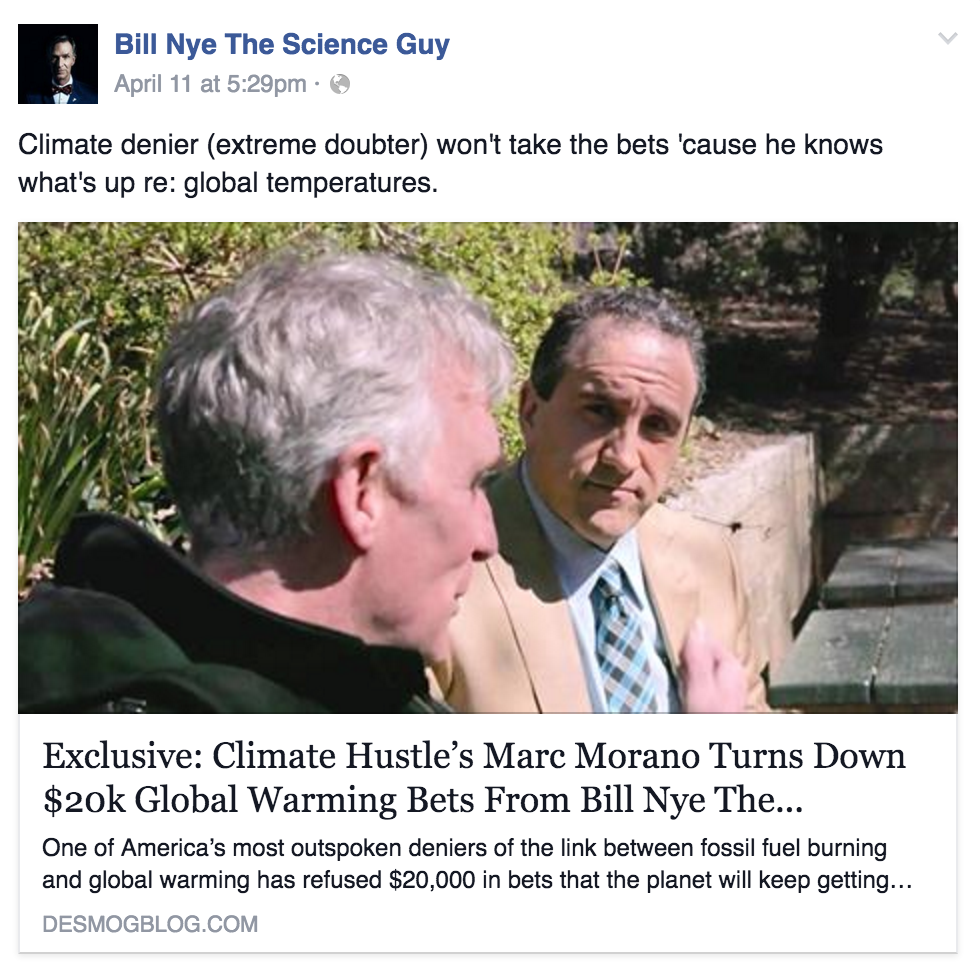 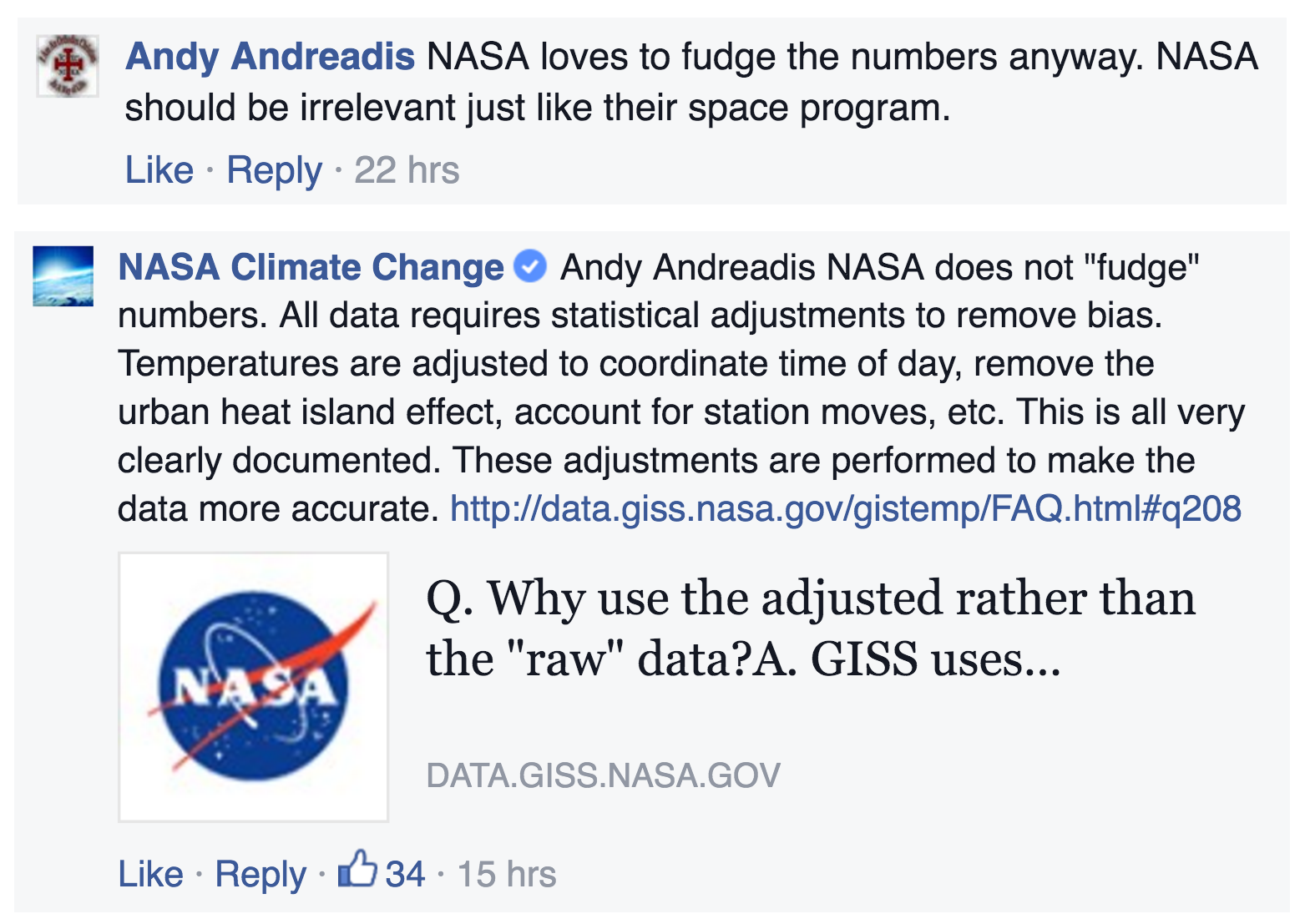 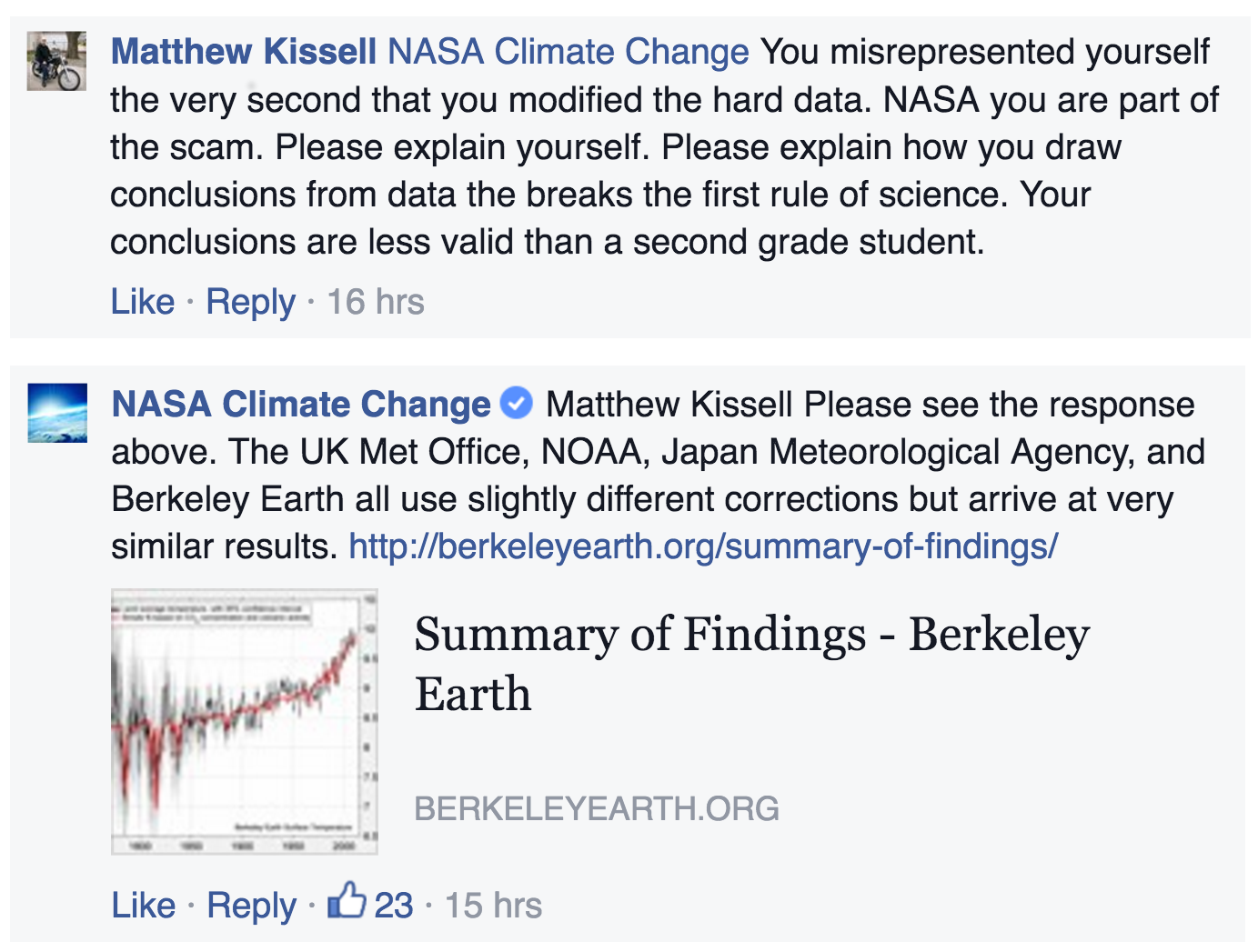 The conspiracy theorists aren’t going away anytime soon, but it’s nice to know that the folks at NASA are around to play Climate-Denier-Whac-A-Mole.

April 13, 2016
Dhaka Tribune Condemns Government Official Who Blamed Atheist for His Own Murder
Next Post