Conservatives Are Certain the IRS Has Secret Rules for Investigating Churches. They’re Wrong

Back in November of 2012, the Freedom From Religion Foundation sued the IRS because of the government agency’s “failure to enforce electioneering restrictions against churches and religious organizations.” Basically, churches were endorsing political candidates from the pulpit and the IRS wasn’t doing anything to stop it. (Part of the problem was that there was a vacancy in the position that normally handled those issues.) 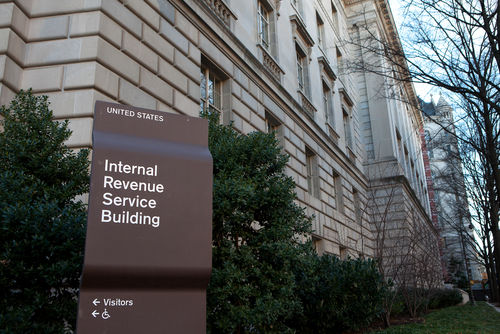 But by mid-2014, the two sides had settled their differences. The IRS said it would enforce its own rules, and FFRF had the ability to file another lawsuit if they felt the IRS was still not doing its job.

“This is a victory, and we’re pleased with this development in which the IRS has proved to our satisfaction that it now has in place a protocol to enforce its own anti-electioneering provisions,” said FFRF Co-President Annie Laurie Gaylor.

“Of course, we have the complication of a moratorium currently in place on any IRS investigations of any tax-exempt entities, church or otherwise, due to the congressional probe of the IRS. FFRF could refile the suit if anti-electioneering provisions are not enforced in the future against rogue political churches.”

The IRS has now resolved the signature authority issue necessary to initiate church examinations. The IRS also has adopted procedures for reviewing, evaluating and determining whether to initiate church investigations. While the IRS retains “prosecutorial” discretion with regard to any individual case, the IRS no longer has a blanket policy or practice of non-enforcement of political activity restrictions as to churches.

So there you go. Order was restored.

Since then, we’ve seen another “Pulpit Freedom Sunday” come and go, with pastors endorsing candidates during sermons… and the IRS has yet to take any direct action against the offending churches. The churches still have their tax exemptions. FFRF hasn’t filed another lawsuit… yet.

But here’s where it gets weird: Conservative Christian groups are convinced there’s some secret alliance between the IRS and FFRF.

In November of 2014, the group Judicial Watch announced that they had filed their own lawsuit against the IRS, demanding a record of all correspondence between the IRS and FFRF — to uncover any shenanigans. They had asked the IRS for these documents earlier, but the IRS hadn’t sent them anything back, and clearly, that meant there was a conspiracy afoot.

“As expressed by the First Amendment, Americans have the God-given right to both express their religious views and to engage in the political process,” said Judicial Watch President Tom Fitton. “It is troubling that the IRS seems set to rely on a group of atheists to point them toward churches that might have criticized politicians. And it is even more disturbing that the IRS would violate federal law, The Freedom of Information Act, in order to keep secret its monitoring of Americans praying together in church. To be clear, the very IRS that abused Tea Partiers for Obama’s election now purports to be able to ‘audit’ houses of worship in order to protect politicians from criticism. I am sure the Obama administration is more than happy to use the excuse of a lawsuit by a leftist group to use the IRS to punish churches that oppose Obama’s war on religious freedom.”

Obviously, Fitton doesn’t get that Americans are welcome to express their religious views and engage in the political process, but they can’t do both while part of a tax-exempt church. If churches want to start paying taxes, they’re welcome to endorse all the candidates they want, but they can’t have their cake and eat it, too.

It’s odd that anyone was even complaining, given that the IRS hadn’t revoked a single church’s tax exemption… but these Christians thrive on fear. Surely there’s at least a secret handshake between the IRS and FFRF, right?

Anyway, the IRS eventually gave Judicial Watch what it asked for — lots of documents. But they withheld 10,000 of the 16,000 pages, and 2,000 of the pages they handed over had a lot of redacted content. There was no explanation offered for why this material was confidential. It just added fuel to the conspiracy theory.

That’s why this whole argument was renewed last week when the conservative group Alliance Defending Freedom filed a lawsuit demanding the release of — or explanation for — the secret documents:

Alliance Defending Freedom asked a federal district court Friday to order the Internal Revenue Service to identify records it has withheld for nearly two years that are related to secret procedures for investigating churches. The existence of the secret procedures became known through the agency’s settlement of an atheist group’s lawsuit, but the IRS has stonewalled the release of details.

“The IRS is not above the law, and Americans deserve to know the truth about the agency’s secret deals with activists,” said ADF Legal Counsel Christiana Holcomb. “The IRS has a legal obligation to explain why it is hiding things or else produce the documents. Its ongoing refusal to follow the law is absurd, particularly since much of we are asking for is information that the IRS has already provided voluntarily to Freedom From Religion Foundation.”

In short, ADF seems to think the IRS told FFRF what its church-monitoring protocol is, but the IRS won’t make those details public. (Just like Obama wants it…)

Is that true? Does FFRF know something that the Christian Right doesn’t? Do they have a secret deal with the IRS?

I spoke with FFRF attorney Andrew Seidel about all this and he brought up several key points.

And they’re doing the same thing now, acting like the redacted and withheld documents contain secret information about how the IRS will monitor churches.

If that’s true, it’d be news to FFRF.

The reality is that we’re in the same place we were a couple of years ago: The IRS has said they will enforce the laws, revoking the tax-exempt status of churches if their pastors endorse candidates from the pulpit. How will they know when that happens? Well, church/state separation groups are certainly going to let them know about the ones they come across, so that’s a start.

It’s up to the IRS to take action at that point. (There’s a “Political Activities Referral Committee” that is supposed to investigate issues like these.)

There’s no secret information. There’s no protocol that only FFRF knows about. There’s just the word from IRS officials that they will uphold their own rules.

ADF is grasping at straws here, because they’re not going to find any shenanigans in those confidential documents.

(Image via Mark Van Scyoc / Shutterstock.com. Portions of this article were posted earlier)

April 13, 2016
Survey Says 13% of Atheists/Agnostics Have Asked God for Help in the Past Week. What the Hell?
Next Post