Josh Rosen, one of the best college quarterbacks in the country, is coming off of a very successful freshman year with the UCLA Bruins.

He made some headlines yesterday when he posted a picture of himself playing at the Trump National Golf Club in California… wearing a hat that read “Fuck Trump”: 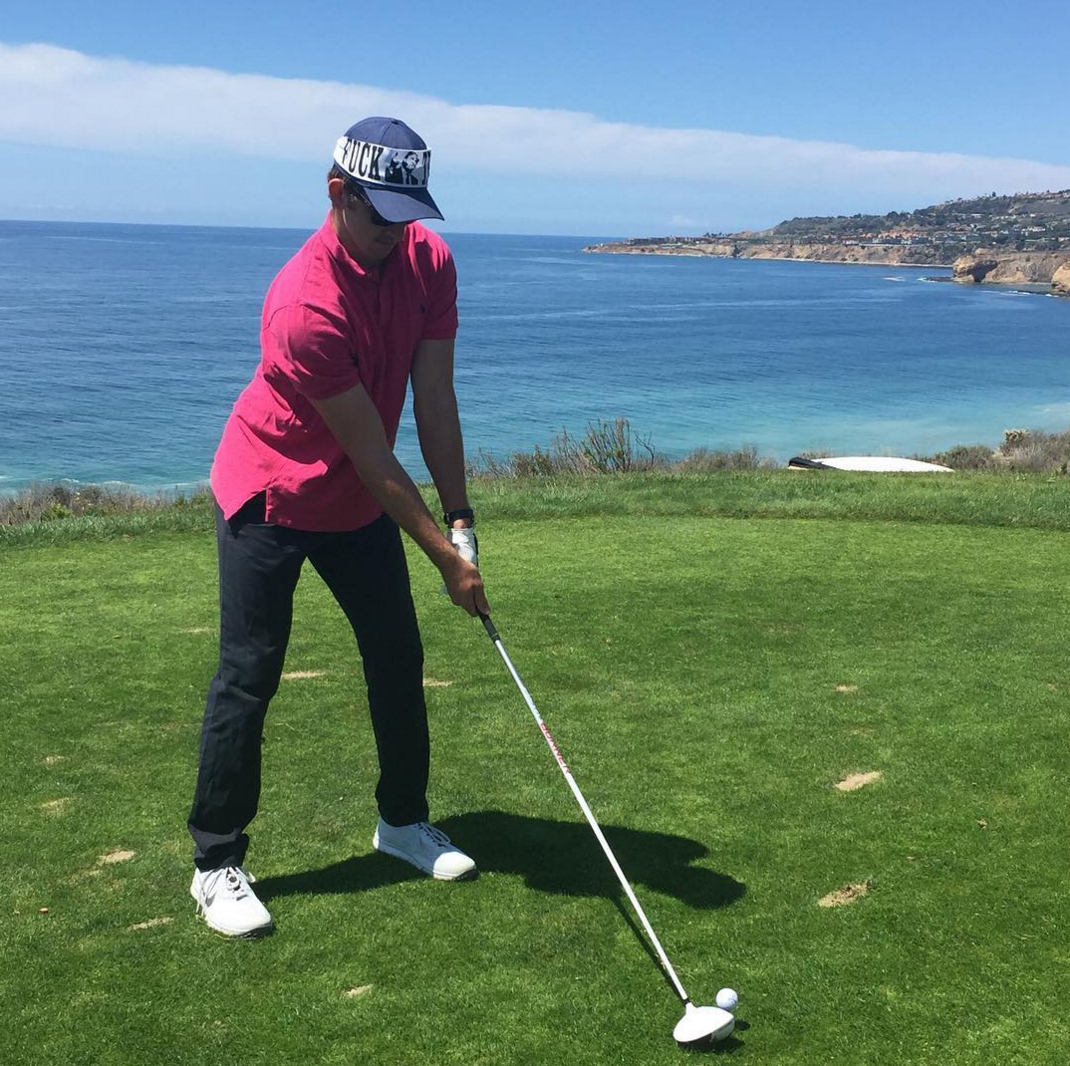 He then posted an Instagram of himself teeing off and made trolls everywhere smile with delight by captioning it “Fuck Trump” and geotagging the club.

However, Rosen has since changed the caption to a much softer message: “I support all presidential candidates in this race for the White House. I believe in the American system of democracy and hope that our country picks the best and most qualified person to be our Commander [in] Chief.”

You either find Rosen’s actions obnoxious or hilarious. He’s pulled similar pranks before.

The reason I bring it all up is because Rosen happens to be one of those rare football players who’s open about his atheism.

In 2014, when Rosen was still attending a Catholic high school, reporter Gabe Kapler pointed out the pitfalls of being so public about his non-belief:

Being open about his atheism may scare off some companies who wish to align themselves with more vanilla, easily marketable athletes less likely to offend the religious population. He could cost himself a few shekels.

Kapler wasn’t wrong, but I would add two thoughts to that.

Rosen’s penchant for pranks may be more of a defining quality for him off the field. It takes the attention off of his atheism, which may not be such a bad thing in terms of endorsements.

And as NFL star Arian Foster has shown us, if you’re good on the field, most people won’t care what you believe off of it.

Rosen is on pace to become a star himself. Whatever attention-grabbing stunts he pulls will inevitably be tied to his atheism (by critics and fans alike). At least the Trump hat stunt put a smile on my face.

April 12, 2016
Atheists Sue California School District for Not Sharing Their Scholarship Offers with Students
Next Post

April 12, 2016 Malaysian Lawyer Explains That You May Pick Your Faith, But You May Never Leave It
Browse Our Archives
What Are Your Thoughts?leave a comment