Malaysian Lawyer Explains That You May Pick Your Faith, But You May Never Leave It April 12, 2016 Terry Firma

Malaysian Lawyer Explains That You May Pick Your Faith, But You May Never Leave It

A prominent Malaysian attorney says that if you’re a Muslim in his country, you’re a Muslim until the day you die (and plenty of his brethren want to help you die soon if you’re wicked enough to leave the One True Faith).

It was perhaps a little unexpected that such an illiberal opinion should come from Malaysia, a country that has a constitution guaranteeing freedom of religion. But in a recent article, Muslim Lawyers Association president Datuk Zainul Rijal Abu Bakar made it clear that in his interpretation of the land’s supreme law,

Article 11 of the Federal Constitution merely accords Malaysians the right to practice their own faith, but not to switch religions. “Saying that apostasy is a right for Muslims is straying from the real purpose of the religion,” Zainul said. 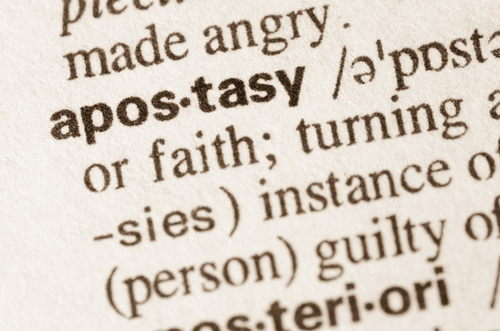 Zainul didn’t specify what should happen to Muslims who renounce their faith. But according to the Qur’an, notwithstanding verse 256 of Al-Baqara (“there is no compulsion in religion”), the penalty for apostasy is death.

And not just in theory either. More than 60 percent of Malaysian Muslims who want sharia also support the death penalty for those who leave the faith. Elsewhere, the picture is even grimmer: 79 percent of Afghans, and 86 percent of Egyptians. 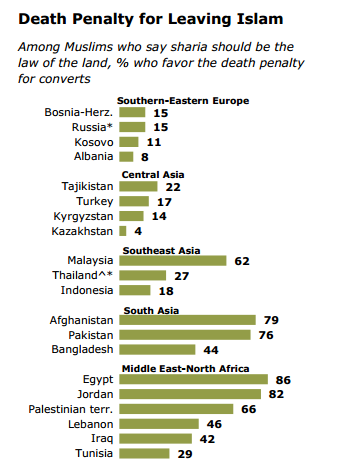 I’ve always suspected that the crabs-in-a-bucket mentality inherent in forbidding apostasy is a tacit acknowledgement of the weakness of the religion in question. Something that is self-evidently wonderful should need neither promotion nor the threat of punishment for those who no longer wish to partake. It requires very little enticement to make people sample a sumptuous chocolate torte, but it might take a lot of cajoling to get them to eat a bowl of watery gruel.

Which does Islam strive to be?