If you attend Brigham Young University, you have to adhere to the BYU Honor Code which says you can’t drink alcohol, swear, have pre-marital sex, etc. The Honor Code also says people of the opposite sex can’t enter your bedroom, even if nothing sexual happens. Violate the Honor Code and you risk expulsion from the Mormon school.

So what happens if you’re the victim of sexual assault?

Some students are now saying that they fear reporting their rapes because the school will punish them for violating the Honor Code. 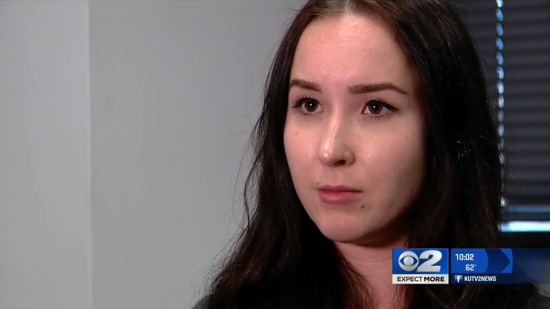 Madi [Barney] says she was raped by a man she invited into her off-campus apartment in September of 2015. She says she never invited him into her bedroom — where he raped her.

Police documents say the alleged rapist later admitted to Madi, over the phone, that he raped her.

The man was charged with rape. The judge said there was enough evidence for his case to go to trial.

Later, Madi learned that a friend of the suspect took the police report to BYU honor code office — that’s how they became aware of the alleged rape. Now she had a criminal trial and an honor code investigation to worry about.

Talk about misplaced priorities at the school… your options are to remain silent about getting assaulted or risk BYU kicking you out because that assault points to your own honor code transgressions.

A spokesperson for BYU denied creating a culture that punishes victims for getting abused, yet didn’t tell a reporter that all would be forgiven in such instances, only suggesting that the Title IX office (which handles rape allegations) and Honor Code compliance people aren’t in cahoots with each other.

It just shows the inherent problem with honor codes that police your non-academic lives. If you have an alcohol addiction, or you get depressed after breaking up with a same-sex partner you’ve slept with, BYU’s Honor Code tells you you’re better off staying silent than seeking help.