A Republican from Colorado is Running for the U.S. House on a Platform of Church/State Separation April 12, 2016 Hemant Mehta

A Republican from Colorado is Running for the U.S. House on a Platform of Church/State Separation

If you drew a Venn Diagram of the modern Republican Party and conservative Christianity, there would be a hell of a lot of overlap. They’re anti-gay, anti-woman, anti-sex positivity, anti-science, etc.

That’s why Nic Morse stands out. 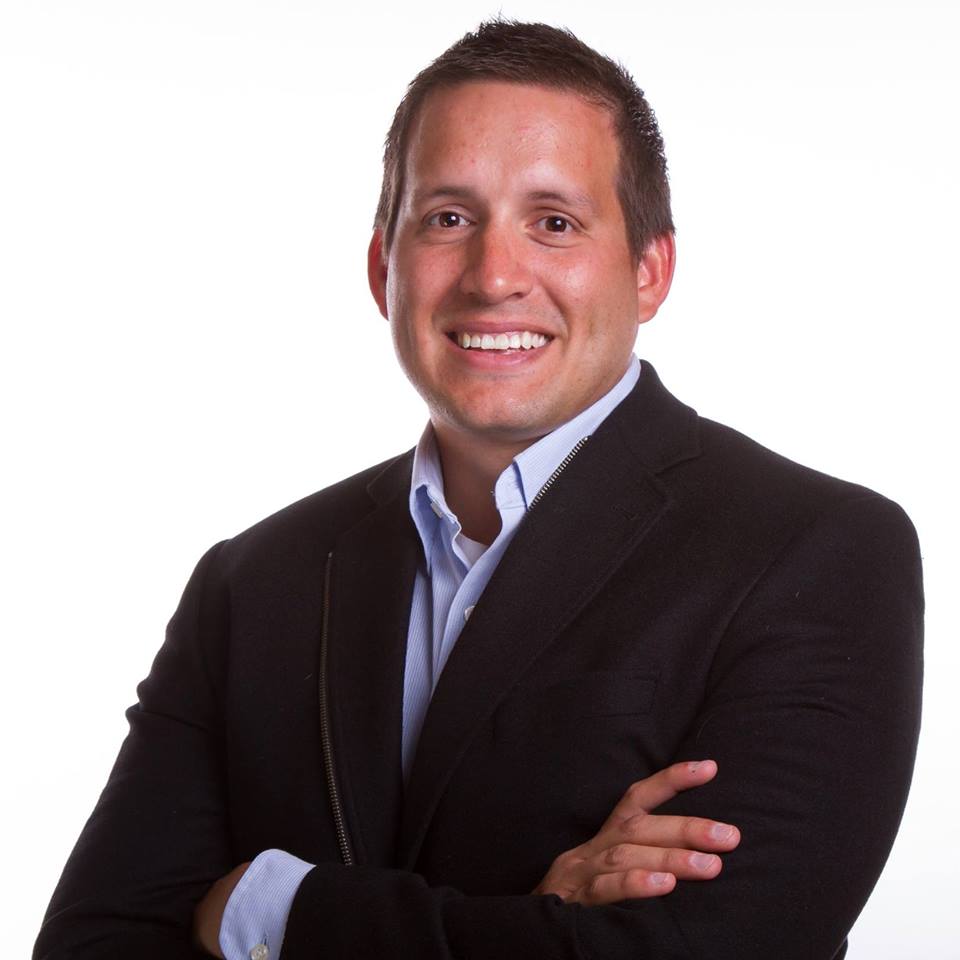 He’s a Christian Republican running for the U.S. House from Colorado’s 2nd District — which currently leans blue. Even though the primaries haven’t taken place yet, Morse is the only Republican in the race, meaning he’ll be the person challenging incumbent Rep. Jared Polis this November. (Edit: I should have mentioned that Morse ran in a sort-of primary earlier this month. Because his opponent earned less than 10% of the vote and is therefore ineligible for the primary, Morse will automatically win his party’s nomination.)

When you read Morse’s stances on the issues, it won’t surprise you that he supports the Second Amendment, says he’s pro-life, and doesn’t want Colorado to accept Syrian refugees.

However, he also says he unequivocally supports church/state separation.

Not exactly part of the conservative checklist.

But does he really mean it? Just how far will his conservatism allow him to follow that principle?

That’s what I wanted to know. So over the course of several emails, Morse answered a number of my questions on these topics. I tried to cover a range of subjects instead of debating each one of them separately, for better or for worse. Our (slightly edited) conversation is below:

FRIENDLY ATHEIST: What are your religious beliefs?

NIC MORSE: I am a Christian. I don’t have a denomination I subscribe to. But I believe at the core, if you confess with your mouth and believe in your heart that Jesus died on the cross for our sins, then you’ll enter into heaven when this life ends.

FA: Can you explain your thoughts on the separation of church and state? Where do you draw the line?

NM: The line is pretty simple on that. The government shouldn’t allow any religion to influence its objectivity. The First Amendment makes this pretty clear: “… no law respecting an establishment of religion…” This means all federal/state-funded institutions should avoid supporting any religion, in any form, in any aspect. In a government institution, if you want the people to be morally sound, then you should set forth high standards of ethics for a society. Religion isn’t needed for that.

FA: What is your stance on the recent spate of “bathroom bills” and laws allowing religious business owners to discriminate against LGBT customers?

NM: I think that is an issue of free agency to be honest. If a business refuses to serve someone based on their religious beliefs, they won’t be in business much longer. People will take their patronage elsewhere. I do believe that if you are a public entity though, you should have male, female & omnigender restrooms.

FA: Given that opposition to marriage equality is almost entirely rooted in religion, do you support the rights of gays and lesbians to be married (at least in the eyes of the government)?

FA: Do you believe the White House Office of Faith-based and Neighborhood Partnerships, which began under President George W. Bush and grew larger under President Barack Obama, should be abolished?

NM: No. The social services of helping those in need which this department advocates on behalf of are good things. But it’s charter should be re-written to exclude requirements for any religious group to federal mandates. If the federal government wants to donate to religious backed social programs, it cannot have strings attached. That is where the separation of church & state needs to come in. When you tie legal requirements to religious support from the government, you’ve lost constitutional credibility in my opinion.

FA: If pastors endorse candidates from the pulpit, as many have done, should their churches lose their tax-exempt status?

NM: No. The IRS intentionally keeps laws concerning churches vague. If a pastor (person) endorses a candidate (person), then that is their right. Recently we’ve seen the SCOTUS declare that the First Amendment is very broad and even extends down into political support financially. So if a pastor support someone & the church decides to financially contribute, then they are protected under their First Amendment right to do so.

FA: There are some states, like Louisiana, that allow science teachers to bring supplemental material into the classroom, including items that challenge evolution. Critics have said this is merely a backdoor way to bring Creationism and Intelligent Design into the classroom. If elected, what would you do to prevent religion from sneaking in to science classes?

NM: We teach what we have verified! That is pretty easy. I don’t think different concepts surrounding how we came to be are a bad thing; Creationism & Intelligent Design are good for challenging the mind! But if it is a public school, it’s extremely easy. Teach what you can observe & verify. When they get to college, the place where they are challenged, they’ll be able to decide what world view they believe in. Control of school curriculum also is primarily controlled by local school boards, anyway, but I think my previous statement shows what I would support. I don’t think the Department of Education should be involved, either. Let the state & local school governing bodies figure this out and implement it. But we can’t pick sides on which religion is allowed in schools with taxpayer funding; it isn’t constitutional.

FA: Do you believe that it’s okay for vouchers, which many states fund, to be used at religious schools?

NM: No. Taxpayer money is needed for public schooling. If you’d like to have high quality, accredited private schooling, then you should invest in your child’s education. My wife & I are both okay with having to pay our daughters tuition out of pocket when that time comes.

FA: You wrote on your website that “Clinics performing abortions should meet the same medical standards as standalone surgery centers and doctors who provide abortions should have admitting privileges at nearby hospitals.”

This is the position advanced by religious opponents to abortion, but health experts have repeatedly said this is not medically necessary and that it’s merely an obstacle to prevent women from accessing abortions. I know you’re personally pro-life, but isn’t this putting faith-based beliefs over what the evidence shows? Isn’t that hypocritical on your end?

NM: No, I don’t believe so. Once again, this is also a state issue so it isn’t something I’ll be voting on. If you look at HR3504, Jared Polis voted against allowing women the right to sue their medical provider if they refused to perform any procedure. While I may be pro-life, I’ll never vote against declaring a live born fetus a human or telling women what their legal rights are. Compared to Jared’s stance on this issue, I am much more in line with personal rights than he is.

FA: Republicans like Ted Cruz and other conservative Christians usually take a very different position from you on these issues. What do they not understand about church/state separation? How can you convince them to adopt your stance on this matter?

NM: Their approaches to government are rooted in their own religious beliefs which is okay, but how you govern shouldn’t follow that route. They constantly reference our Founding Fathers, but they seem to forget what our Founding Fathers left England for! The Divine Right of Kings was used to oppress the population & exert total control of every facet of a civilization. We have to remember we don’t want to return to that. That is why you must be an objective leader and do what is best for all people, not just those who practice the same thing that you do.

I don’t believe I can convince them to change their approach to how they govern, I can simply show people that my approach is more in line with the Constitution and doesn’t restrict my ability to be a Christian in my personal life.

FA: How will you convince people in a fairly Democratic district to vote for you over incumbent Rep. Jared Polis?

NM: I think this district (and our country) is tired of the political class & Jared Polis is a part of that. Having grossed over a billion dollars in his career as a businessman & politician, he is the 1% that this country protested against for years with Occupy Wall Street. He has sold out the district by flip flopping on fracking, doubling down on gun control & pushing for the state government to adopt single payer health care. Which would double our state budget in a single day, all on the backs of the taxpayer. So highlighting these inconsistencies along with other research we have done will show the people in our district that his time is up in Washington.

Needless to say, the ACLU won’t be giving him a gold star anytime soon. There’s a lot of wiggle room in his answers that local reporters would do well to dissect. For example, I’m troubled by the fact that he doesn’t see the problem with churches endorsing candidates and thinks Creationism challenges the mind.

In other ways, however, he stands out from the Republican candidates we’ve gotten to know over the past year. I couldn’t personally bring myself to vote for him, but I could see him getting some crossover appeal. Morse definitely has an uphill battle heading into November. We’ll see if his church/state positions help or hurt him.