The BBC Looks Into Dinkoism, the Satirical Worship of an Ancient Cartoon Mouse April 11, 2016 Terry Firma

The BBC Looks Into Dinkoism, the Satirical Worship of an Ancient Cartoon Mouse

As Hemant noted recently, there’s a riotous new rodent in town that happens to be the Creator of All That Is:

According to devotees of India’s Dinkoist movement, the universe was created by a cartoon mouse called Dinkan many millions of years ago. But Dinkoism itself is one of the world’s newest faiths, having only been created by atheists in 2008 as a vehicle for parodying the excesses of organized religion.

That’s from a video report by the BBC, another sign (perhaps) that Dinkoism has arrived, at least in terms of media attention. 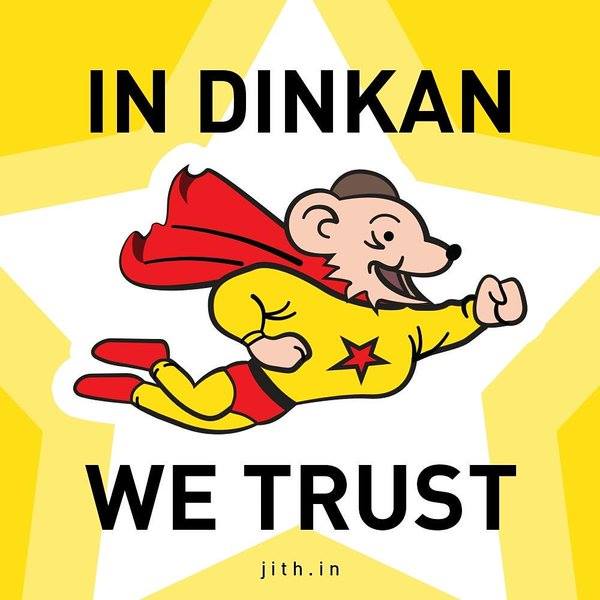 “We are the only religion where the more fanatic you get, the more peaceful you get.”

(In the interest of interfaith peace, we’ll let that slide, but India’s own Jains probably got there first.)

Opponents of Dinkoism say that its followers are free to criticize, but that the jokesters risk going too far. Hindu activist Rahul Easwar calls Dinkoism

“… altogether a different ballgame when [adherents] provoke, they insult, and they abuse. There’s a thin line between challenging and provoking.”

Dinkoists say that won’t be a problem, as the wisdom and power of Lord Dinkan will help keep the peace between believers and mouse-rejecting heathens.

April 11, 2016
No, Bill Nye is Not Debating Sarah Palin on Climate Change
Next Post