No, Bill Nye is Not Debating Sarah Palin on Climate Change April 11, 2016 Tracey

No, Bill Nye is Not Debating Sarah Palin on Climate Change

Rumors are flying that Bill Nye, famous for publicly defending scientific consensus, will be taking up a debate with Sarah Palin, famous for political buffoonery, among other things.

As delightful as the carnage would be to witness, it’s fortunately not a debate, nor will Nye even be making a live appearance.

Here’s the truth, and a preview of the pre-recorded appearance: 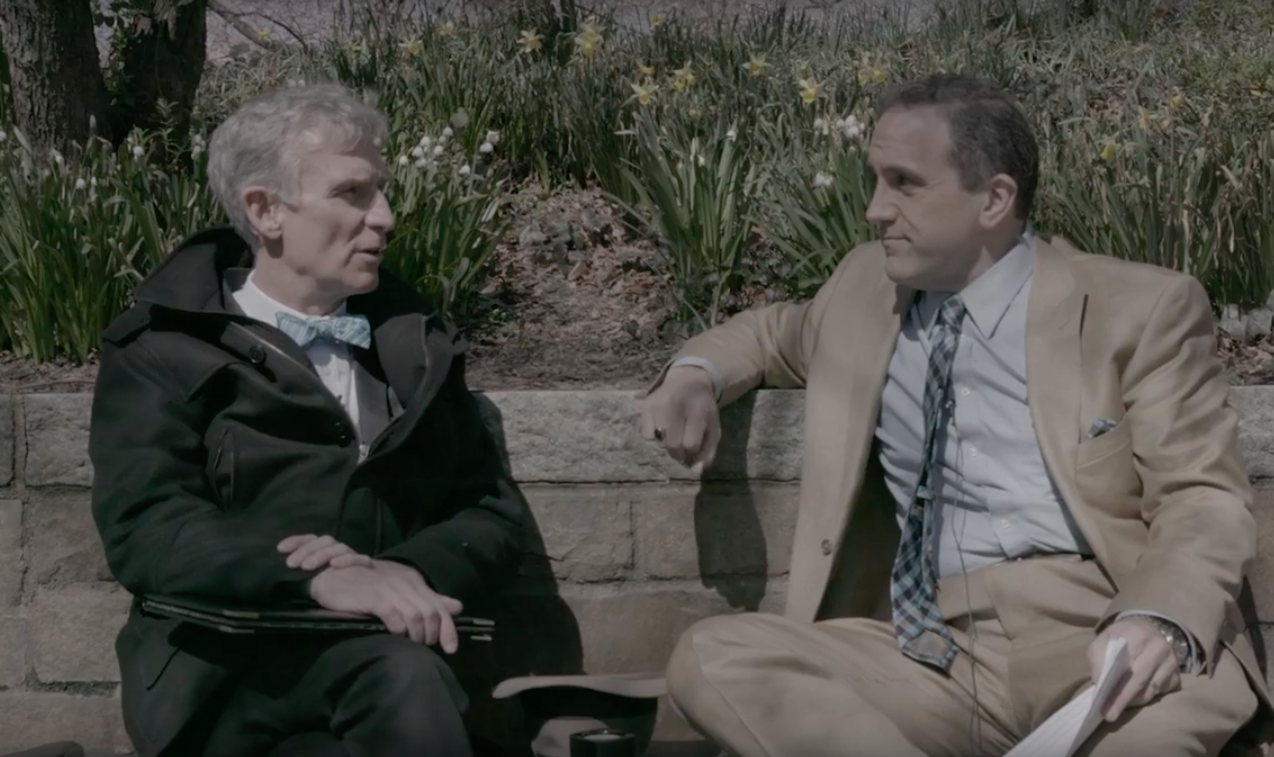 The alleged debate is said to be taking place after the debut screening of Climate Hustle, a documentary by Marc Morano, a climate change denier who notably has his hands in several conservative think tank groups that receive funding from the Koch Brothers, Exxon, and others who stand to lose over carbon regulation.

According to CFACT, a climate denying think tank that holds Morano as Director of Communications, the movie will be followed by a panel discussion:

Cinema audiences will learn more about the topic through a panel discussion with welcoming remarks by Congressman Lamar Smith (R-TX), Chairman of the House Science, Space and Technology Committee, headlined by Governor Sarah Palin, 2008 Republican Vice Presidential Candidate and 9th Governor of Alaska, moderated by Brent Bozell, Founder and President of the Media Research Center and will also include other notable experts including renowned climatologist Dr. David Legates and a special appearance by Emmy Award-winning educator Bill Nye the Science Guy.  This riveting discussion will focus on climate change and issues brought up during the event.

This “special appearance” by Bill Nye will be not-so-special since it’s actually just a reel of film, recorded from a conversation Nye and Morano had face to face on a park bench in late March. The discussion happened between the two over the topic of Morano’s film, which Nye was shown clips of during the encounter.

In fact, thanks to Structure Films, you can watch a few minutes of this encounter right now in a clip from their forthcoming documentary, The Bill Nye Film:

To reiterate, there will be no debate. There certainly won’t be a debate between Bill Nye and Sarah Palin. And it’s a far cry from a panel discussion if Nye won’t even be present.

What is happening is that Bill Nye’s popularity is being used to stir interest in a film that shouldn’t see a dime from anyone who cares about the future of our planet and the humans on it.

If you do watch it, though, expect to see some clever editing of Nye’s remarks. At least that’s my suspicion given the track record of other conservatives… *cough* Planned Parenthood videos *cough*

April 11, 2016
Here's How Religion Contributes to the Wage Gap
Next Post

April 11, 2016 The BBC Looks Into Dinkoism, the Satirical Worship of an Ancient Cartoon Mouse
Browse Our Archives
What Are Your Thoughts?leave a comment