Trooper Fired for Proselytizing On the Job Gets Public Support: “I Wish Other Officers Would Do That!” April 9, 2016 Terry Firma

Trooper Fired for Proselytizing On the Job Gets Public Support: “I Wish Other Officers Would Do That!”

Lots of people in Connersville, Indiana, are upset or puzzled about the firing of police officer Brian Hamilton. A 14-year veteran of the force, Hamilton was kicked out after he wouldn’t stop preaching the gospel to people he pulled over for alleged traffic infractions.

Even after his superiors told him to stop because he was clearly violating citizens’ First and Fourth Amendment rights, Hamilton went right back to giving unsuspecting motorists his Jesus schtick.

Says one woman interviewed by WRTV, the local ABC channel:

“I wish other officers would do that. Maybe it might touch my kids’ heart that they would [get to] church and give their heart to God.”

The interviewer then asks, not unreasonably, whether that should be the role of a police officer. And she responds, without even letting him finish,

“It should be the role of anybody.” 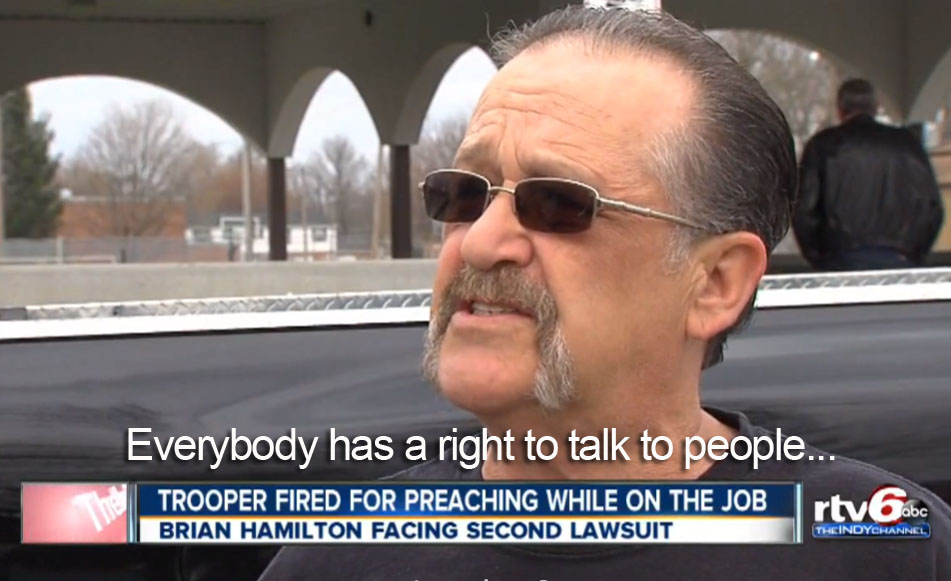 Other interviewees give similar answers. The intrepid reporters were apparently unable to find a single person willing to point out that the trooper was fired for (1) repeatedly violating the U.S. Constitution he was sworn to uphold, and (2) simple insubordination. Not that I imagine they tried very hard.

Nor did the interviewer ask a simple question that would have put it all in the proper perspective:

“What if Mr. Hamilton, while on duty and in the employ of taxpayers, had preached the word of Allah, or handed out atheist literature? Would that be OK with you?”

I was gratified to see that at least on the WRTV Facebook page, most commenters — not necessarily locals, though — understood perfectly well the shittiness of the behavior Hamilton wouldn’t stop engaging in.

And then there are Facebookers like the woman who wrote that he was doing the heathens an enormous favor:

If you follow that logic, every single Christian (including public-payroll workers) should feel obligated to personally preach fire and brimstone, all the time, at any of the five billion people who haven’t come to Christ.

It’s a good thing that the Brian Hamiltons of this world have at least some small chance of losing their jobs. That’s not Christian persecution — that’s sound public policy.

P.S.: A friend alerted me that the story has also been picked up by the Facebook group 53 Hours, intended to honor police officers who were killed in the line of duty. According to the page administrators’ logic, Hamilton is now one of the fallen ones, a hero who made the highest sacrifice. Just try to wrap your head around that. To no one’s surprise, the page’s fans nod along solemnly: 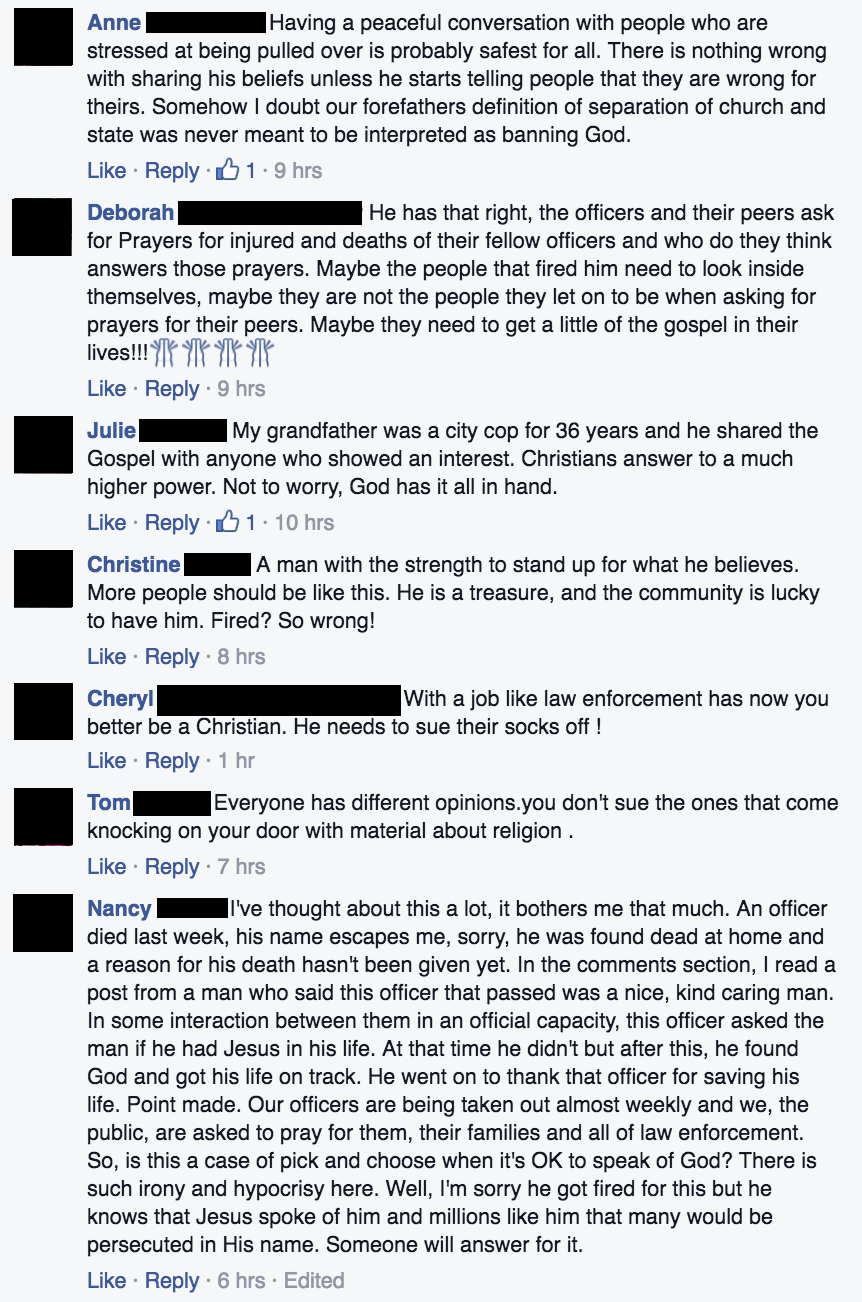 April 9, 2016
The Russian Orthodox Church Released a Propaganda Film with a Harry Potter-Like Enemy
Next Post