Russia’s military, the Russian Orthodox Church, and the Ministry of Culture have all banded together to produce a propaganda film reminding children of the nation’s enemies… who apparently look like a mix of Harry Potter, Nazis, and NATO.

Kids Against the Sorcerers was released in December but is only recently getting widespread attention: 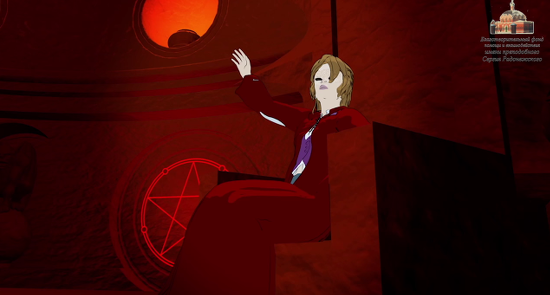 According to the clip, the main antagonists of the picture are represented by “an academy of sorcerers and wizards” in Scotland, who “mend the minds of children with presents and magic, that create demons, invisible to human eyes” and seek to “topple our country from inside”. Our protagonists are Russian military school students, who decide to rescue their peers from the castle walls of the wizard school.

The leader of the wizards is a man named Leonard, who, we are told “took to the occult and thus betrayed his homeland.”

“But this is not visible,” a narrator explains, with a picture of the smartly dressed Leonard, riding on his private airplane. “At first glance, he is Russian, but he hates Russia. He does not violate any laws or borders, in fact he is even very law-abiding. But he is an enemy, worse than the one 75 years ago,” the narrator explains, referring to the Nazis.

Say what you will about the politics of all this, it still sounds far more realistic than God’s Not Dead 2.

April 9, 2016
Pastor Steven Anderson: I Don't Say the Pledge Because I Won't Promote Abortion and Homosexuality
Next Post