Obituaries of Russian LGBT People Can Hold Heartbreaking Clues About Why They Died April 8, 2016 Terry Firma

When a reasonably prominent Russian man dies in a crime, writes Masha Gessen in the New York Times, there can be a certain art to reading the victim’s obituaries. If they mention that he was found murdered in his own home, and there was no sign of a break-in, that can be code for something disturbing.

When this happens to someone well-known enough to warrant numerous written remembrances, the writers usually refer not to a killing but to a “tragic death” — as though it were not a criminal but a personal trait that caused the person’s demise. What they mean is that the deceased was gay and apparently died at the hands of someone he brought home. 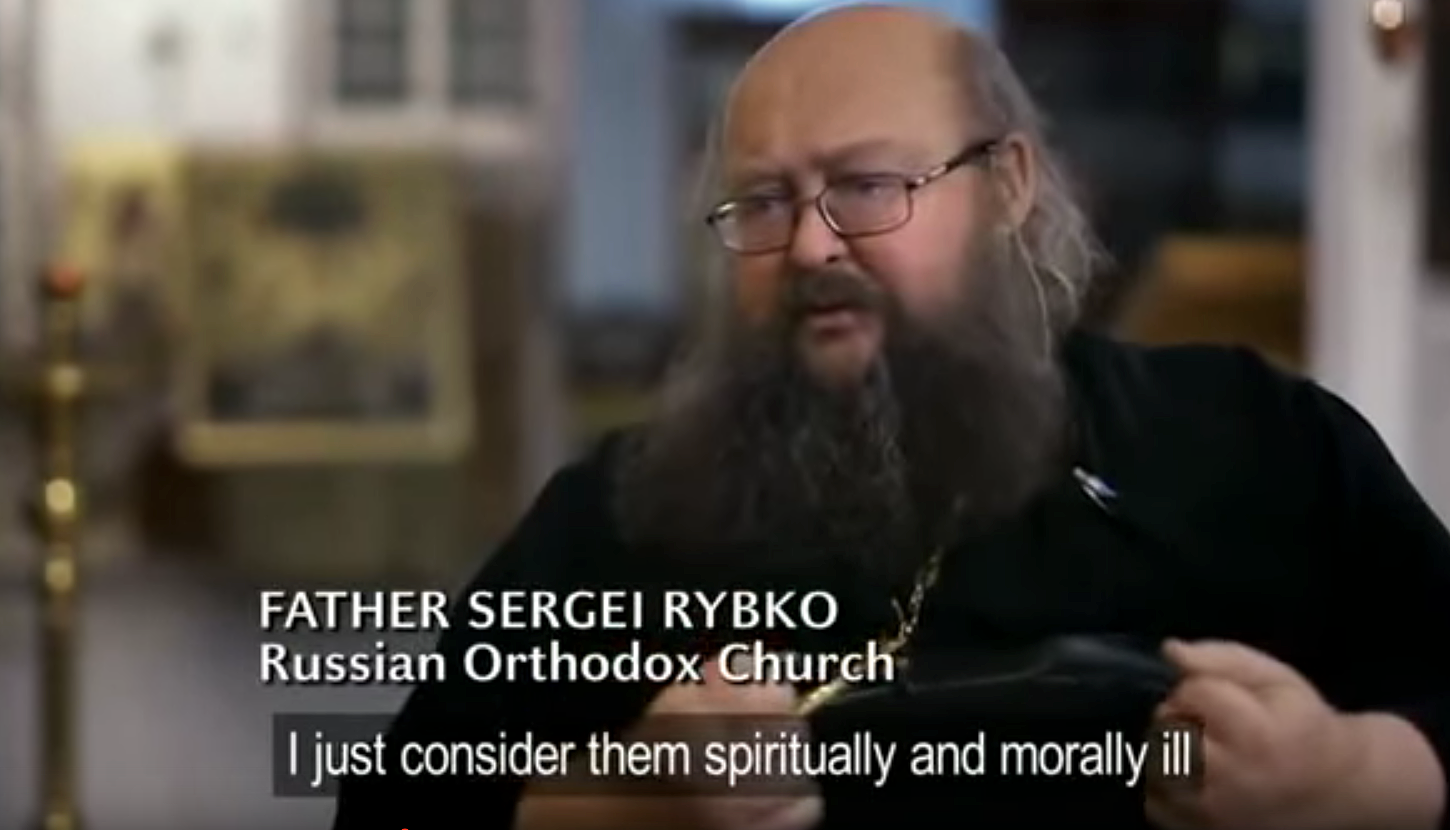 Many, if not most, LGBT people in Russia knew someone who died in this manner. When Alexander Smirnov, an official with the Moscow city government, decided to come out in a magazine interview three years ago, he chose to talk about this, too. “Two years ago someone I knew died,” said Mr. Smirnov. “He was found in his apartment, naked, stabbed to death. He was gay. You know how this happens? Gays often meet one another online. And there are whole gangs that come to gay men’s houses, then kill them and rob the apartment. Their families conceal the stories, of course.”

Smirnov was attacked in similar fashion, but lived to tell the tale. After his coming out, his life in Russia was over, he says — literally. He now lives in New York and is seeking U.S. asylum.

The crime against him is never far from his mind.

“I was bleeding out, feeling that I was about to lose consciousness. I begged to be allowed to live. You cannot imagine how ashamed I feel. They are the ones who barged into my home and nearly killed me. They took everything I had, including even my phone. They are the ones who committed the crime, and I’m the one who is ashamed.

I was shaking, but I couldn’t call an ambulance, because I would have had to explain what had happened. And, of course, I couldn’t say anything at work. I had my friends call my office and say that I’d been attacked at a bus stop. I didn’t go to the police. It would have been easy to find my attackers, but I didn’t have the strength to talk to the people in uniform. Now I blame myself for being weak, because those two can go on to kill someone else.”

Both the Russian government and the Orthodox Church are complicit in keeping the violence alive. A few years ago, Russia’s parliament unanimously passed a law that makes it illegal for publishers to refer to “non-traditional relationships” in any medium easily accessed by children — reinforcing the popular conflation of homosexuality and pedophilia. Meanwhile, the leaders of the Orthodox Church, seen as the caretakers of Russia’s moral compass, are on record as calling gay marriage “a sign of the apocalypse.”

In the 2014 Channel 4 documentary “Hunted in Russia,” about the persecution of gay people in Russia, Father Sergei Rybko (pictured above) unabashedly tells his British interviewer

Even cattle don’t engage in this. I just consider them spiritually and morally ill. Something is not right there [in the head]. With all these gay clubs, gay parades and publications, they’ve started to plant the idea in young people’s minds that all this is normal, that they are just a bit different, that’s all. Well, excuse me, in that case pedophiles and sex offenders are just different too. Murderers and thieves are just different, so we should also give them the freedom to do what they want.

Vigilante groups and common criminals have taken that kind of language as a license to beat, rob, and murder gay victims. Sometimes, they film themselves in the act of violently punching and kicking their prey, and then share the videos on social media. It’s rare for the attackers to be brought to justice.

April 8, 2016 In "Amoris Laetitia," Pope Francis Says Same-Sex Relationships Are Not Equivalent to Marriage
Browse Our Archives
What Are Your Thoughts?leave a comment