Americans Have No Clue What Percent of Democrats Are Atheist or Agnostic April 8, 2016 Hemant Mehta

Given all the talk about religion and politics on this site, here’s a fair question: What percent of Republicans are evangelical Christians?

The correct answer is about 34.3%, but odds are you said something much higher.

According to a new study by Douglas J. Ahler (of UC Berkeley) and Gaurav Sood, pretty much everyone is wrong about everything when it comes to estimating how large certain demographics are within political parties.

And that includes when Republicans guess what percent of Democrats are atheist or Agnostic. 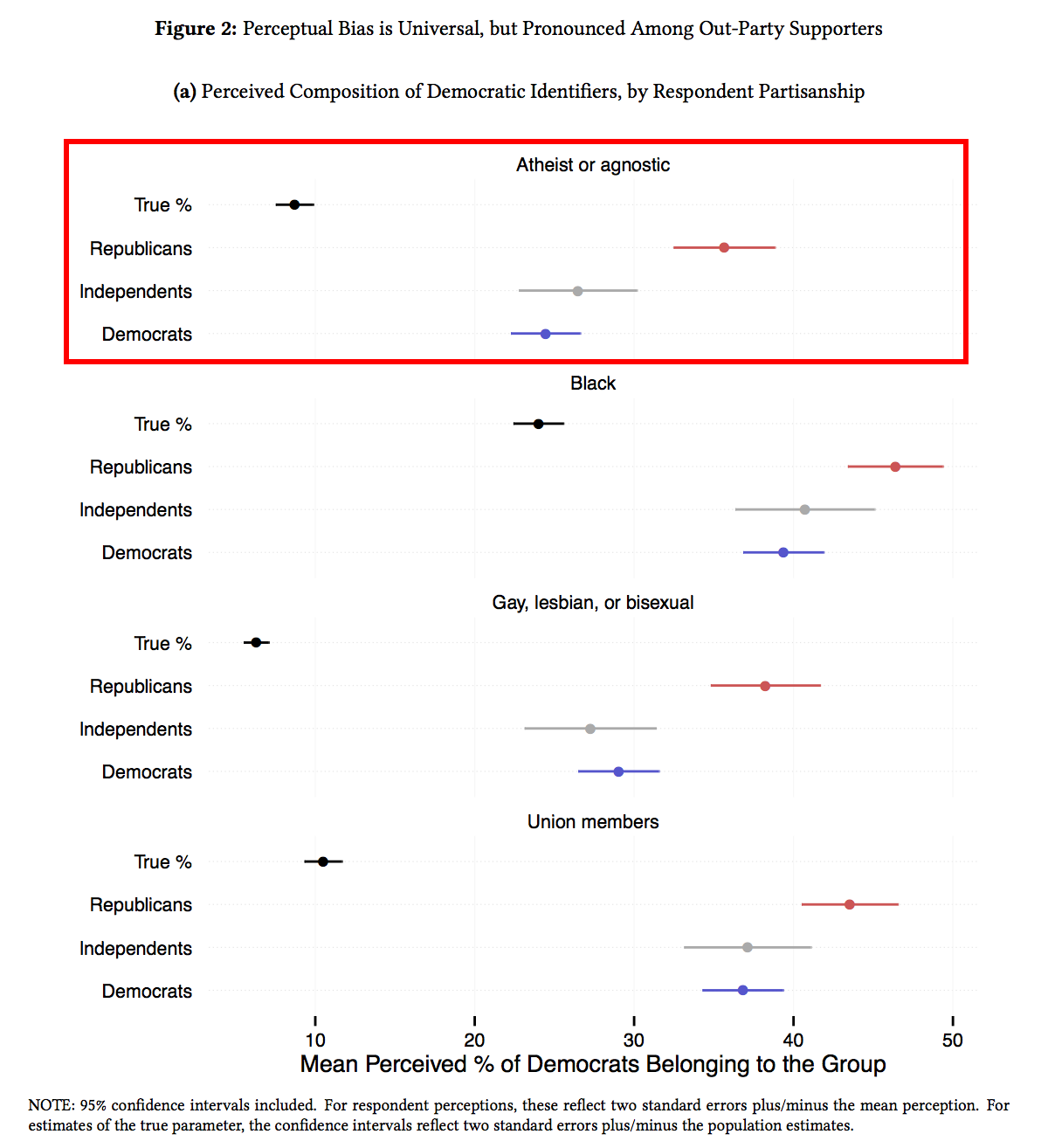 Ahler and Sood put the actual percent of atheists/Agnostics among Democrats at 8.7%, based on Pew Research’s 2012 Religion & Public Life Project.

But when they asked Republicans to guess that number, they estimated it at an astonishingly high 35.5%. Not even close. (Even Democrats thought the percentage was 23.9%.)

And it seems that the more you watch political news (like MSNBC or FOX News), the more you overestimated the percentage. 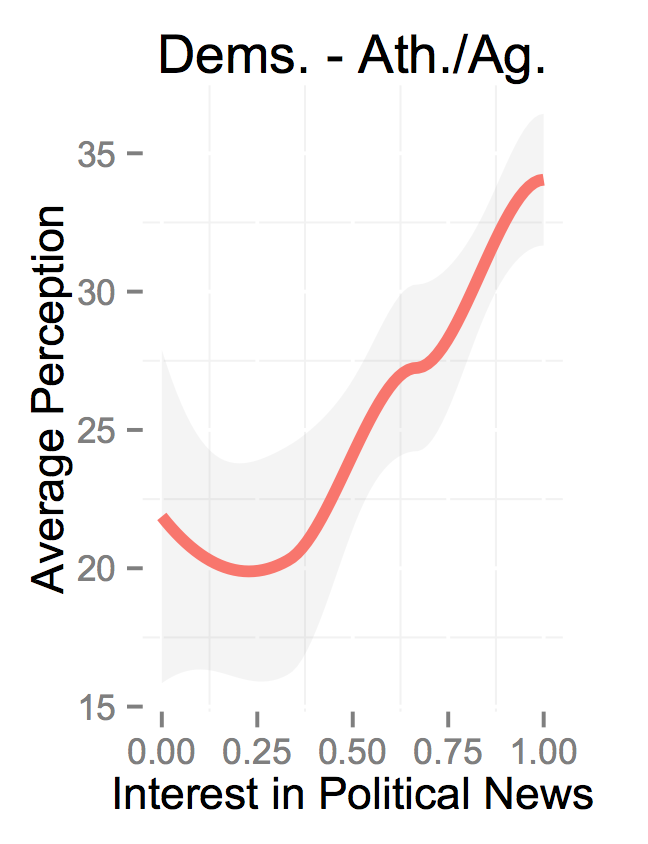 No wonder evangelical Christians always think they’re persecuted and movies like God’s Not Dead get made twice over. They think there are *way* more of us out there than there really are. The truth isn’t nearly as frightening.

You could also look at this from our perspective. Despite our tiny numbers, we seem to have an outsized effect on the discourse. People are more affected by the idea of us than anything else. It’s like a superpower that we just need to harness!

This isn’t a problem specific to one group of people. We all do it. And it seems like the more passionate we are about an issue, the more likely we are to overestimate how many people oppose it on the other side. We appear so polarized from the outside, but the overlap appears to be much greater than we think.

(via Vox. Thanks to Dustin for the link)

April 8, 2016
In "Amoris Laetitia," Pope Francis Says Same-Sex Relationships Are Not Equivalent to Marriage
Next Post

April 8, 2016 How Do Islamic Extremists Turn Captives Into Suicide Bombers? With Promises of Food and Paradise
Browse Our Archives
What Are Your Thoughts?leave a comment