Senator Cory Booker (D-NJ) introduced legislation today that would strengthen comprehensive and evidence-based sex education by eliminating all federal funding for abstinence-only programs and using that money on, well, stuff that actually works.

It comes on the heels of President Obama eliminating a $10 million grant from the Department of Health and Human Services that supported ineffective and unscientific abstinence-only sex ed. 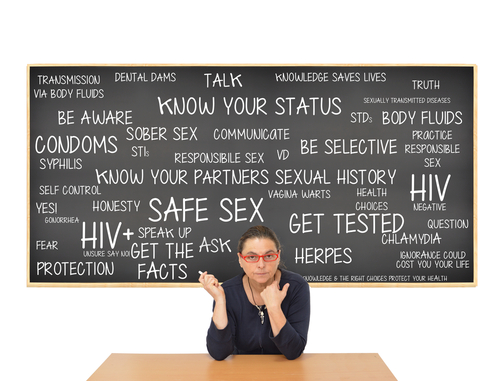 The Real Education for Healthy Youth Act (REHYA), which isn’t online as of this writing, would require:

It would also support access to information about issues relating to sex and gender.

While no legislation in the current Republican-led Senate has much of a chance of getting anywhere, this particular bill has the support of a number of non-theistic organizations — and publicly so — including American Atheists, American Humanist Association, Center for Inquiry, Freedom From Religion Foundation, Reason Rally Coalition, Secular Coalition for America, Secular Student Alliance, Society for Humanistic Judaism, and the Unitarian Universalist Humanist Association.

In a press release, the Secular Coalition for America expressed full support for the bill:

“Our young people deserve better than misinformation and shame,” said Larry T. Decker, Executive Director of the Secular Coalition for America. “Abstinence-only programs have been proven ineffective and are often comprised of curriculum disparaging students who have had premarital sex or identify as LGBT. As an organization that advocates for secular and science-based policy, the Secular Coalition for America will fight to ensure students receive the inclusive, comprehensive, and medically accurate sex education they deserve. The introduction of REHYA is a crucial first step toward empowering our young people with the information they need to make healthy choices.”

It’s worth pointing out that a similar bill, introduced last year in the U.S. House by Rep. Barbara Lee (D-CA), didn’t go anywhere in the Republican-led chamber.