“Persecute Me, Please”: Regarding God’s Not Dead 2, Neil Carter Is, Well, Deadly

While I enjoyed reading skeptic Neil Carter‘s entire 3,000-word post about the martyr-porn flick God’s Not Dead 2, there were two passages in particular that hit me with the force of truth well told. 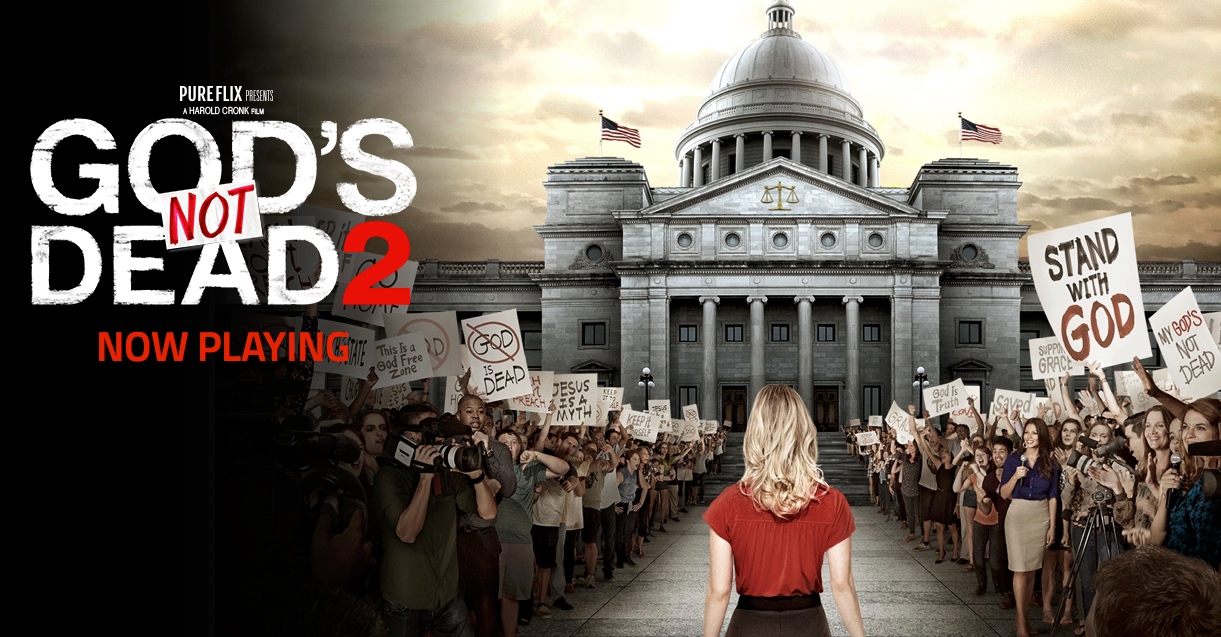 What does a faith community founded upon martyrdom do when they aren’t actually being martyred in any way? They fabricate their own martyrdom, that’s what they do. They invent their own persecution, either out of thin air or else out of their daily newsfeeds, taking each story and twisting it to reinforce their expected narrative. Somehow, in the end, the world must be against them, because if it is not, what would that say about how well they are identifying with their central founding figure?

Christians want to be guilty of something in that ironic sense in which Jesus was “guilty,” and yet they aren’t sufficiently like him in enough ways for that to even be a problem.

Bam. Right between the eyes.

Six days after its release, God’s Not Dead 2 has so far rated, out of a possible 10,

All the proof of persecution you need!